THE AVERAGE temperature in Slovakia is gradually increasing and this summer has been accompanied by droughts, with June recorded as the driest month in 115 years. 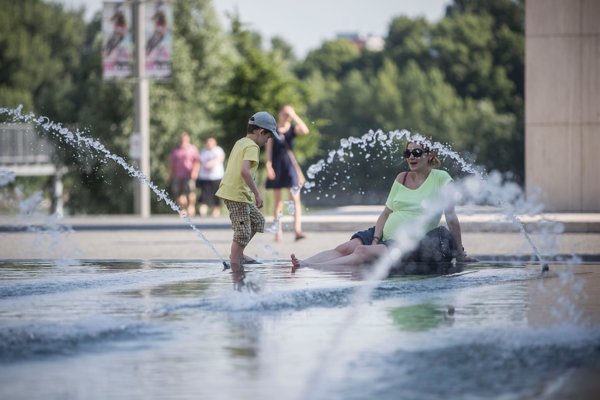 Across the country municipalities are adopting measures to limit the consequences, while farmers are beginning to worry about the year’s harvest.

The Slovak Hydrometeorological Institute (SHMÚ) has issued several second and third degree warnings in July. The average daily temperatures in several places were 30 degrees Celsius or higher everyday for most of the past two weeks. It is expected that such weather will continue into August, though there may be short term drops in temperature, said Pavol Faško, climatologist with SHMÚ. 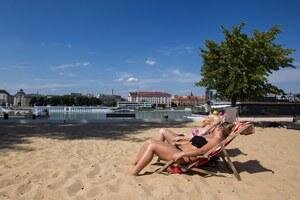 “The analysis of the average annual temperature in Hurbanovo during the last 135 years indicates that the temperature has increased by nearly 2 Celsius degrees,” he told The Slovak Spectator, calling the warming trend “noticeable”.

Experts recommend drinking plenty of water during the day. Adults should consume at least three litres of water, the TASR newswire wrote. Bratislava has installed additional tanks with potable water. There are also eight public drinking fountains situated across the city centre.

The sunny and hot weather and the lack of rain have also resulted in droughts in several regions in Slovakia. The worst situation is in the Záhorie, Danube and Eastern Slovak lowlands, as well as in the Považie and Ponitrie regions, the Sme daily wrote.

Some stations in Záhorie measured the lowest levels of rains since 1981 when a complete database of rainfall in Slovakia was introduced, SHMÚ informed. The weather there is usually impacted by wet air from the Atlantic Ocean, but this summer such air reaches the area only with difficulties, Faško told Sme. 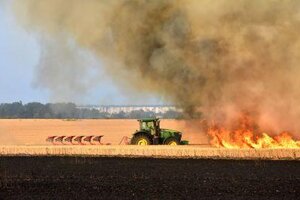 Slovakia is however not the only country suffering from droughts. While in Slovakia the water levels and flows are currently stable, with the only exception being low levels on the river Hron, in Germany the level and flow of some rivers has already dropped and the situation is the worst in 40 years, according to Sme.

Climate change scenarios indicate that the average temperature in Slovakia will continue rising in the coming decades.

“There are certain alternative scenarios of the warming, which depend on the development of the world economy, the number of people on the Earth and their strategy when obtaining energy,” Faško said.

The dry weather is impacting farmers as there has been no rain at some places in the past two months. The problem is not only drought, but also groundwater. The Slovak Agricultural and Food Chamber (SPPK) monitors the weather forecasts closely, said spokeswoman Jana Holéciová.

“We do not want to talk about negative scenarios for all of Slovakia, but we already know that there will also be some enterprises – especially in the southern regions – where the harvest will be more than 30 percent lower, as a result of the lack of rain,” she told The Slovak Spectator.

Grain generally benefits from dry weather, but still needs at least some water. Autumn crops like maize, fruits, vegetables and hops are most at risk, Holéciová explained. 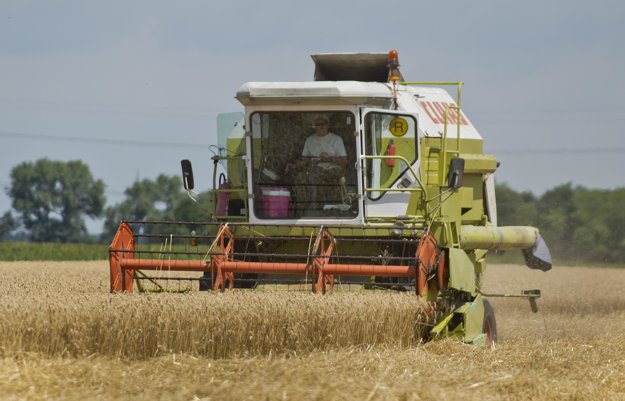 Farmers are starting to get anxious. (Source: TASR)

Some transport companies had to adopt measures to prevent negative consequences from the heat as well. The state-run Železnice Slovenskej Republiky (ŽSR) railway operator has intensified checks on rails as heat may change their physical attributes, spokeswoman Martina Pavlíková said.

Regarding the rails, ŽSR not only regularly monitors the tracks and measures their temperature, but also restricts maintenance works in order to prevent possible defects. It also either cancels the traffic closures where the planned works could reduce the stability of the crossties or carries them out at night, Pavlíková added.

“One of the possibilities we also use during hot weather is introducing the low-speed routes, especially at sections where the stability of crossties might be reduced as a result of high temperature,” she said.

Another measure concerns the cancellation of planned traffic closures at sections where welding works or nailing the rails is planned.

The Dopravný Podnik Bratislava (DPB), the provider of public transport in the capital, is cooling the closed track superstructure, especially in the afternoon and at night. In case of open track superstructures it monitors the rails and also the functionality of the dilatation joints. The DPB employees also check the tramline wires, spokeswoman Adriana Volfová told The Slovak Spectator.

One of the solutions to the negative impacts of the heat may be green vegetation.
“At places where trees are growing the temperature is at least a few degrees lower compared to spaces where artificial, for example concrete and asphalt, materials prevail,” Faško said.

The map of green vegetation in Slovakia’s regional capitals, created by Karol Smolík from the Geodetic and Cartographic Institute in Bratislava, however, shows that many of them have only small areas covered with parks and trees.

Except for green vegetation, also water, if it is managed well, may help to decrease high temperatures. While in towns this concerns mostly fountains and watering the streets with trucks, in the countryside it is good to slow down drainage, Faško said.

“The water can then stay there longer and work there longer,” Faško continued. “It refreshes not only people, but in some cases it may serve as a shelter for some animals and plants which may suffer from high temperatures.”

Climatologists propose the towns and cities to adapt the housing estates to the conditions in the countryside. They should, for example, paint the buildings with light colours to reflect more sunlight and heat. Moreover, people should plant grass and trees on the roofs or install solar panels which absorb the rays and turn them into energy, climatologist Milan Lapin of the Comenius University in Bratislava told Denník N.