Meal vouchers at the centre of a dispute

A POPULAR employment benefit, meal vouchers, has become a source of contention in parliament with at least one opposition party calling the scheme economic nonsense. 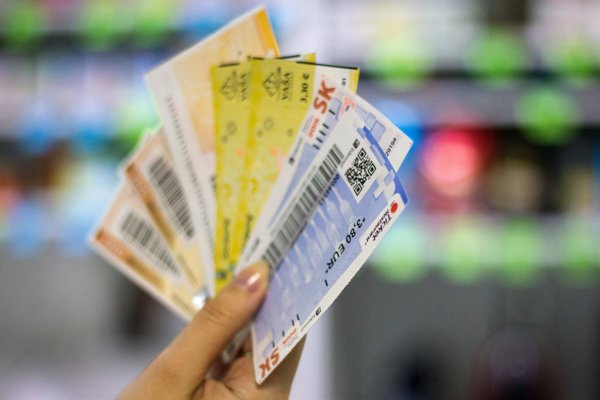 A proposal to enable employers and employees to decide between meal vouchers or increased pay has failed for now, but initiators of the change promise more action.

In Slovakia employers are obliged by law to provide employees a meal contribution and can do so via their own canteen or meal vouchers. Employees can use vouchers for paying for lunch in restaurants or buying food in shops. The opposition SaS and the Ordinary People and Independent Personalities (OĽaNO) parties sought to allow employers and employees the ability decide between meal vouchers or a financial benefit and submitted such a revision to the Labour Code. After parliament turned it down on June 30, Droba said they plan to introduce a new proposal in autumn. Similar efforts to scrap meal vouchers were tabled in 2011 and 2014.

Opponents of the meal vouchers argue that people more often use them for groceries than to finance their workday lunches.

Droba believes that replacement meal vouchers with the financial benefit would reduce red tape of employers and bring them more freedom in managing their money for employees. The opposition considered the financial benefit as the most efficient form of fulfilling obligations dictated by the law in terms of meal contribution.

“If we go in the direction of [vouchers], we can also introduce vouchers for clothing, gas and electricity,” Droba said.

Ján Dinga, analyst with the Institute of Economic and Social Studies (INESS) think tank, told the public Slovak Radio in March that companies issuing meal vouchers use input as well as output margins, when employers have to pay such a company for providing meal vouchers to employees, while restaurants, when exchanging used vouchers for cash have also to pay a certain margin to the company issuing meal vouchers. As a consequence restaurants reflect this margin in their prices.

Earlier this year restaurants also complained about too high margins which issuers of meal vouchers require for exchange of vouchers for cash.

The Ministry of Labour, Social Affairs and Family defends the vouchers seeing it as tool to keep regular habits of workers to have a hot lunch and serves as prevention of diseases when about 750,000 employees use meal vouchers.

“Repeated political initiatives to abolish or replace meal vouchers may sound reasonable at first sight but in their principle are very narrow sighted,” Veronika Husárová, spokeswoman of the Labour Ministry, told The Slovak Spectator. “The contribution is not only a financial benefit for employees. It helps as a very good form thanks to which the state can, in a utilitarian way, secure that the contribution of the employer will be used exactly for food.”

The Association of Meal Voucher Issuers (AESP) agrees with the Labour Ministry, adding that proposal is a part of pre-election drawing of attention as the election is going to take part in less than one year.

“The topic of meal vouchers has been chosen by several MPs as a tool of political struggle and campaign,” Štefan Petrík, chairman of AESP, told The Slovak Spectator. “In addition, the opposition has not managed an expert discussion and presented only its personal opinion.”

The Labour Ministry, stressing that vouchers cannot be used for purchase of alcohol or cigarettes, believes that if the current scheme is replaced by a financial contribution to be paid out to employees, they would use it for any purposes while lunch would be last option.

“If employees received the financial contribution on food, they could use it for anything and the beneficial lunch habit that meal vouchers have brought would be permanently lost,” Husárová said adding that, according to its survey, this may culminate in ailments and subsequent increase of the number of sick leaves.

Husárová also sees it as problematic that abolishment of meal vouchers could cause a significant decrease of interest in catering facilities in Slovakia which would have a negative impact on the social field and employment.

According to the Labour Ministry, meal vouchers are used in more than 40 countries worldwide and have been used for more than 50 years and that no state has cancelled vouchers yet.

AESP recalled that several surveys have shown that meal vouchers are among the most popular benefits of workers.

According AESP’s findings, 65 percent of vouchers on average are spent in restaurants and 25 percent for purchase of food. While restaurants are much preferred in cities (80 percent), people from the countryside use meal vouchers mostly for buying food in shops.

AESP has also commissioned a study to find what impacts the proposed change would bring, while it indicates that the habits of employees would change and their alimentation would become irregular.

In neighbouring Austria the employer may voluntarily decide whether he provides meals to employees, if the collective agreement does not oblige otherwise, according to the Slovak-Austrian Chamber of Commerce.

In Germany employers generally are not obliged by law to provide meals to their employees or to compensate them with meal vouchers if corporate catering does not exist. Staff canteens offering lunches at a reduced price or sometimes even for free are common but completely voluntary.

In Germany food vouchers exist but they are not widespread, Markus Halt, spokesman of German-Slovak Chamber of Commerce, told The Slovak Spectator. But he points out that the average monthly wage in Germany is three times higher than in Slovakia.