AN EXHIBITION that presents replicas of Nová Baňa buildings made from legos can be seen in the local Pohronské (i.e. Hron-region) Museum. A replica of the town-hall required 40,000 legos. 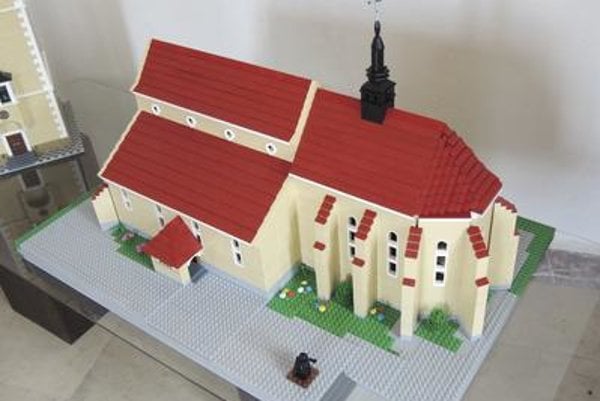 “The historical building of Nová Baňa town-hall was made by Michal Budinský from Pezinok, in three months, and it is composed of 40,000 legos, weighing 20 kilograms,” Jana Potocká of the museum told the TASR newswire.

Next to the town hall, a model of the local parish Church of the Virgin Mary has been installed. “Another dominant is the model of Porter’s fire steam machine– the first steam machine on the European continent,” Potocká explained, adding that it pumped ground water in local gold and silver mines in the 18th century.

Another local curiosity is the “bottle of patience” – both the original and its copy made of Lego bricks are exhibited – which are bottles with tiny figures installed in them, showing various historical, mining scenes. Bottles of patience are still made in Nova Baňa by Pavol Konečný.

Some other objects, like the local rock wool plant, a former glassworks, are exhibited as well.

The exhibition called “In a Child Dream”, organised by the Pohronské museum and the Slovak Lego fan-club, TatraLUG, can be seen in the Nová Baňa museum until August 21. 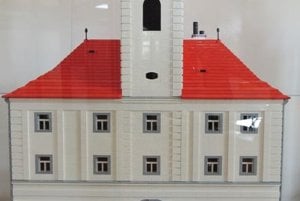 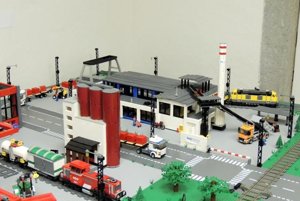 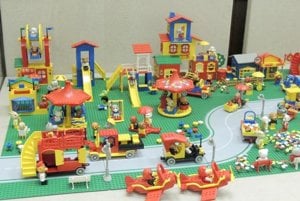