Slovakia has changed for the better

GERMANY is the most important foreign partner of Slovakia in the long term; and vice versa – Slovakia belongs among the top 20 foreign partners of Germany, speakers at the celebrations of the 10th anniversary of the Slovak-German Trade and Industry Chamber (SNOPK) said. 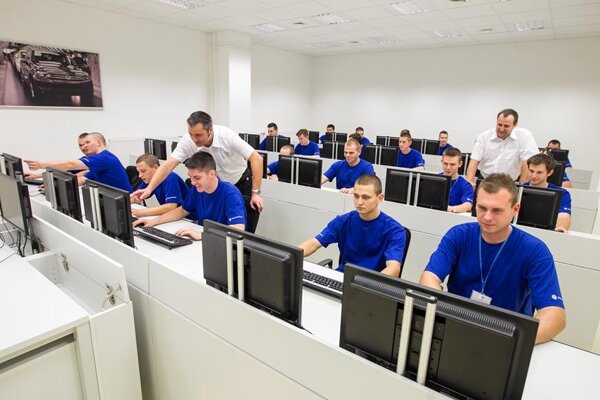 “When speaking about the economy and economic development, I think that it is always our goal to organise dignified work for the people, so that they are satisfied,” parliamentary state secretary of the German Economy Ministry, Uwe Beckmeyer, said, as quoted by the TASR newswire in mid May. He added that looking back 20 years – when he was in Bratislava and Slovakia as a former senator of the merchant city of Bremen, a lot has been done.

“The country has started blossoming, the city has started blossoming and I think that the trade and industrial chamber has contributed to this with talks, initiatives, business courage and efforts to help develop the business environment,” he said. “We can be glad and enjoy these aspects – how much competence and engagement we have found here, and individual members – I am enthused today,” Beckmeyer summed up.

Germany, with almost 500 companies well-established here, investments of €15 billion and 90,000 employees is the biggest partner of Slovakia in the long term – and the third biggest exporter worldwide. SNOPK helped Slovak entrepreneurs get established on the German market too, its chairman Vladimír Slezák told TASR.

“It strives also to indirectly influence our lawmakers to take into consideration also the interest of our German colleagues on our market,” he said. The chamber will continue this effort.

“There will surely be some challenges facing us, like dual education – where we have only started, as the generation which we based the success of this state upon is already growing old, will soon retire from working life, and we have nobody to replace it,” the head of SNOPK summed up.