Female sculptors have their say at SNG

SCULPTING is not a skill historically associated with women, but the current exhibition in the Slovak National Gallery (SNG) explores this phenomenon on the works, studies, life and careers of Slovak and Czech (and German, in one case) sculptors. 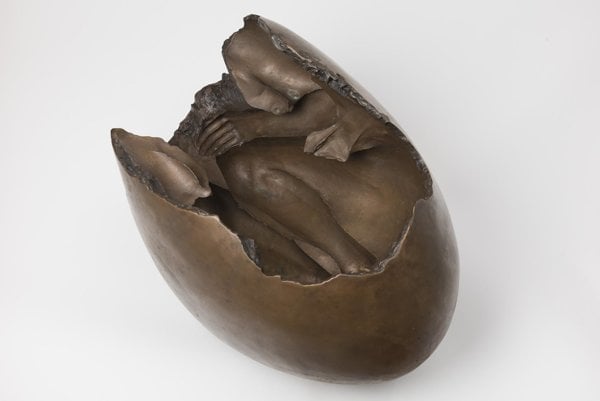 The exhibition “Women Sculptors, Selection of Significant Czech & Slovak Sculptors”, focuses on female artists who worked primarily as sculptors, and eschews those who sculpted as a sideline to other works. Two of those exhibited – Vlasta Prachatická and Klára Pataki – are still alive, and attended the exhibition’s opening.

Apart from statues, sculptures, ceramics, objects; designs and photos of the works that could not be shown  in house– like the commemorative monuments by Klára Pataki – the displays are complete with period photos, portraits and documents which can help create the image of times when women were not supposed to study art, never mind make a living from it.

In the past, women were expected to create applied art and smaller items – and they often did so, SNG lecturer Vladislav Malast said at a guided lecture at the SNG. They also tended toward easily available materials like plaster, clay, wires, and physically less demanding techniques. 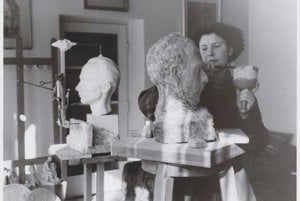 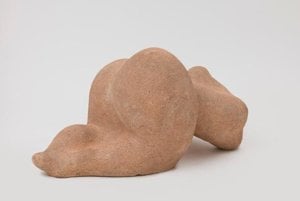 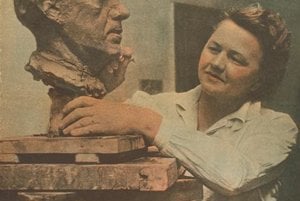 However, some of them strayed even into the realm of monumental sculpting, especially when getting big, state orders. Klára Pataki – who, however, received the order only after all her male colleagues were refused in the first round of the tender — for a World War II monument in Nemecká. Some of the artists were helped with their more demanding statues and sculpting works by their husbands, like Erna Masarovičová or Mária Bartuszová.

The exhibition presents the first graduate of the “sculpting course of study” Alina Ferdinandy, as well others born between 1903 and 1936.

The only artist who is not Czech or Slovak, Käthe Kollwitz (1867-1945), was not very prolific sculptor, and instead her lithographs are rather presented, with the explanation that her work strongly influenced the creation of sculptors, especially women in the then Czechoslovakia.

Czech sculptor Věra Janoušková was something of a modern, communist-era “recycler”, making her big, metal objects from items found on the scrap-yards and trash dumps. She was ignored not only by official cultural institutions and theoreticians during the period, but also by peer representatives of so-called “high art”.

The Women Sculptors exhibition helps not just show to public some works that have never left depositories before, but also casts some light on their role in modern art, their struggle for recognition, for self-realisation, against prejudices and in the case of Ferdinandy, a serious kidney illness.

The exhibition runs through August 16 and is curated by Vladimíra Büngerová. The accompanying leaflet and labels are in English, as well as a catalogue of 160 pages with an English summary. The display is divided into six rooms and themes.

The SNG is open Tuesdays to Sundays, between 10:00 and 18:00 (until 20:00 on Thursdays) in the Esterházy Palace in Ľudovíta Štúra Square in Bratislava. Admission is free. The exhibition of female sculptors is on the third floor.