GROUPS of three hikers need to pay a total of around €200 to get to the top of Slovakia’s highest mountain, Gerlach, in the High Tatra mountains because they are not allowed to do this without a mountain guide, the Sme daily reported on July 23. 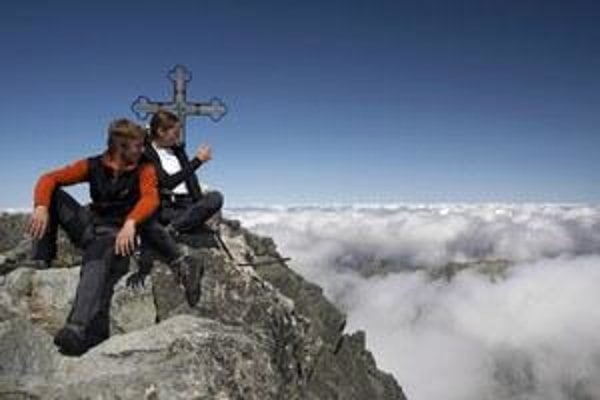 Guides earn hundreds of euros to take groups of no more than three hikers to the summit of Gerlach. Hikers who set off without a guide can be fined. This also applies to Lomnický štít. There are often more limited access paths in the Tatras than free access ones, but there is not a complete list of them, according to the daily.

The Tatra National Park (TANAP) administration, the Environment Ministry and Prešov regional office may introduce changes to these rules, however.

A discussion is taking place concerning the conditions under which the peaks could be fully opened to the public. There is also a lack of money for signs and for maintaining mountain paths.

Representatives of hikers’ associations think that it would be possible to deprive the mountain guides of their monopoly if the paths to the peaks were put in a better condition. Slovak Hiker’s Club (KST) chairman Peter Dragúň says that guides are generally against free access.

Other clubs in favour of more liberal rules include the Slovak Cycling Club and Slovak Mountaineering Union ‘James’. They are calling for changes in an letter that they have all signed.

Mountain guide Ervin Velič said that he would open the peaks only to experienced hikers.

“I would make the mountains available to experienced mountain hikers, without any chains, steps, new paths or signs so that the terrain remains unchanged,” Velič said, as quoted by the TASR newswire. “They’d experience the true wilderness, as is possible abroad.”

The problem is that the climb up to Gerlach provides a significant part of the income of mountain guides, and they probably will not support the idea of making it freely accessible, according to Mountain Hiker’s Union Director Jozef Zábojník, Sme reported.

Dragúň do not rule out lobbying on the part of mountain guides, but says that their agreement is not necessary.

“I would not call it lobbying by mountain guides,” said Mountain Rescue Service chief Jozef Janiga, as quoted by TASR. “In the past guides’ representatives were very reasonable when discussing new visiting rules for TANAP.”

The route up to the peaks is dangerous without a guide. New path markings would help improve safety. “The paths need to be marked and provided with technical features,” said Dragúň, as quoted by TASR.

The offices responsible would have to agree on this first, however. Dragúň said that if the paths were safer, the number of injuries would decrease.