THE TIME has come for responsible people to show real determination to put a definite end to the era marked by former Supreme Court and Judicial Council chair Štefan Harabin in the Slovak judiciary, President Andrej Kiska stated on July 23 in reaction to the recent acquittal by a Harabin-led senate of several police officers charged with accepting bribes, the TASR newswire reported. 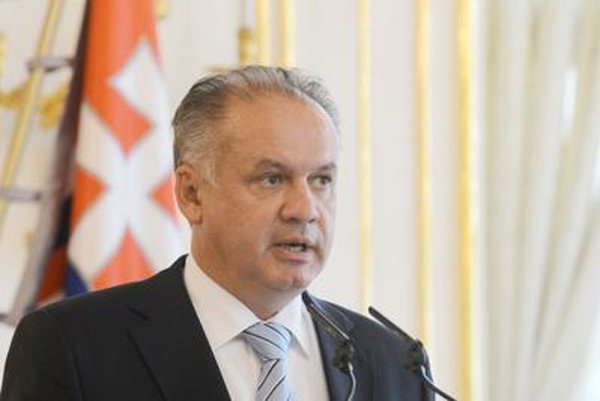 Harabin explained the verdicts by stating that the officers were prosecuted by the Interior Ministry’s internal affairs inspectorate, which he does not deem to be a body holding relevant powers to act in such a manner according to the Penal Code and Police Corps Act.

Harabin who now leads the Supreme Court’s penal-legal collegium refuses to convene a meeting that would deal with harmonising various decisions on the alleged unlawfulness of the police inspection, the Sme daily wrote on same day.

Harabin argues that there is no reason for convening the collegium as the Strasbourg jurisprudence is obliging for all. The Interior Ministry, however, does not agree with Harabin and insists that the status of inspection is in line with the law.

“I had expected that the Supreme Court leadership, Judicial Council and Justice Minister Tomáš Borec would speak with one voice to assure the public that they’re determined to act in order to put an end to an era of a judiciary marked by Harabinesque justice,” said Kiska, as quoted by TASR.

The president noted that the aforementioned verdicts of Harabin’s senate were described as dubious, unlawful and at times even utterly inconceivable not only by other Supreme Court judges, but also by court chair Daniela Švecová, Borec, Prosecutor-General Jaromír Čižnár and Interior Minister Robert Kaliňák.

“Nevertheless, it appears to be only cautious pondering as to whether somebody will do something - or anything at all,” Kiska said, as quoted by TASR. “I want to remind all those responsible that a fight for the judiciary here took place a year ago. We expressed the hope last year that a new era was beginning.”

Borec is familiar with his powers and he is doing his utmost to tackle the matter, Justice Ministry spokeswoman Alexandra Donevová said in reaction to statements made by Kiska earlier in the day.

“The minister is doing everything, including standard communication with the top representatives of the judiciary,” said Donevová, as quoted by TASR, adding that the ministry does not find it appropriate to provide the media with any details on further steps in this matter.