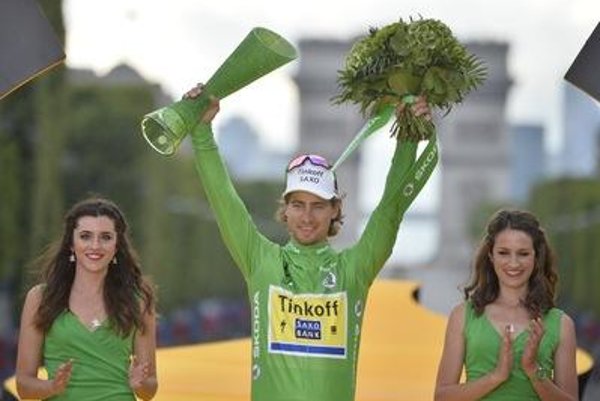 “This year’s green jersey is the most valuable for me, as I had to work also for Alberto Contador [his teammate at Tinkoff-Saxo] while my rivals like André Greipel cared only for their own results,” Sagan said, as quoted by the Sme daily.

For the Slovak cyclist, aged 25, it was the best Tour in his career – aside from his first. This year, he did not win any stage of the Tour, but he finished among the top five in more than half of the stages – by far the best result from the past years. In the overall ranking, Sagan finished 46th.

In the points competition, Sagan has changed the perception of it collecting points persistently; even in the upcoming years other sprinters will have trouble beating him. Organisers of the Tour de France feared the points competition would be too boring and changed the rules – but Sagan won it, nevertheless. If the rules are not changed dramatically the Slovak racer could potentially beat the current record-holder, Erik Zabel, who won six green jerseys in total, Sme wrote.

It is surprising that Sagan did not win also the trophy for the most combative racer, which is awarded by a special jury of eight; it went to Frenchman Romain Bardet; while the public criticised this decision on Twitter.

With his performance at the Tour de France 2015, Sagan won the respect of both experts and the public.

In honour of Sagan, the Telekom, telecom operator will change its corporate colour to green for one week – in TV ads, on billboards and social network profiles, as well as on its website, the strategie.hnonline.sk wrote on July 27.