EVEN after 20 years Germany still remains the most important business partner of Slovakia and one of its biggest foreign investors. 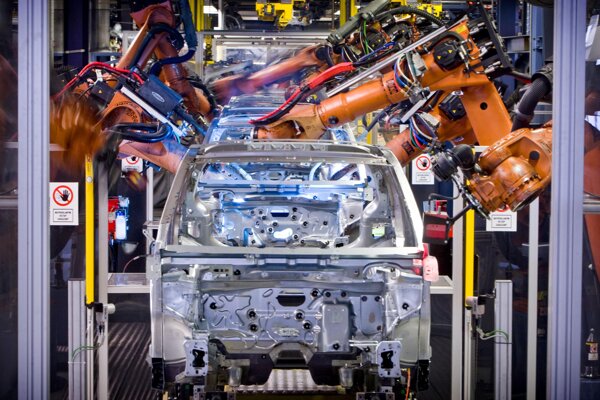 Businesses, however, see the conditions for doing business here deteriorating, which results in lower interest of firms to invest in the country, a survey carried out annually suggests. On the other hand, some positive steps have been adopted by the government, while sectors still exist where the potential for bilateral economic cooperation remains.

Despite the good economic relations, in the past 10 years the influx of new German investors has declined compared to the pre-crisis period, said Markus Halt, spokesperson for the German-Slovak Chamber of Commerce (SNOPK).

“The dynamics are currently created by those investors already being present on the Slovak market and willing to expand their business,” Halt told The Slovak Spectator. On the other hand, more Slovak companies are becoming interested in selling their products on the German market, he added.

The volume of bilateral trade amounted to €23 billion last year, which comprises 19 percent of Slovakia’s total foreign trade activities, according to Halt.

“All in all, Slovakia remains an attractive location for doing business from a point of view of German investors,” Halt continued, adding that the country’s pluses are its integration into the common market and the adoption of euro, which “is a guarantee for reliable currency expectations”.

Moreover, the labour force offers the highest productivity in the Visegrad Group at moderate costs, while the network of local suppliers is strong. This also applies to the infrastructure in western Slovakia, the spokesperson added.

The latest survey SNOPK carries out annually among foreign investors active in Slovakia, however, suggests that they assessed conditions for doing business in the country worse than in the previous inquiry.

“This was especially true for essential criteria like availability of skilled labour, the system of vocational training, flexibility of the labour code, law enforcement and fighting corruption,” Halt said.

The problem with finding skilled labour caused businesses to call on the government to return to the dual education scheme which faded after the fall of the communistic regime. Following several negotiations and two years of preparations, parliament finally adopted the new law on vocational education, which includes the dual education scheme blending theoretical knowledge with hands-on experience, in March 2015.

“It’s very good Slovakia passed this law,” German Ambassador to Slovakia Thomas Götz told The Slovak Spectator. Yet, Slovakia will have to wait a few years to see the specific results, he added.

Despite the positive welcome of the new law, German investors say that Slovakia missed a chance to increase the share of practical training to 70 or 80 percent, instead of current 50 percent set in the law, Halt said.

“According to experience in Germany such a high share of practice is necessary in order to prepare students appropriately for employment,” he added.

Meanwhile, several German companies have joined the fit4future project to improve the reputation of vocational education in the eyes of pupils, parents, and teachers, Halt continued.

Moreover, as of September they will launch a pilot project for dual vocational training in Nové Mesto nad Váhom, where the local vocational school and five member companies of SNOPK in the region will start to train mechatronics technicians and industrial mechanics fully in line with German standards.

The Slovak Investment and Trade Development Agency (SARIO) registers altogether 71 completed projects with German companies between 2002, when it was established, and the second quarter of 2015. This concerns investments of €1.45 billion, with the potential to create 16,500 jobs, SARIO spokesperson Richard Dírer said. The investments went to various fields, particularly the automotive, electro-technical, energy, chemical, food industries and services.

Moreover, SARIO currently records six projects that are underway, focusing on the automotive industry, metal processing, and research and development. If completed, the investments may result in creating 1,730 new jobs, Dírer added.

Götz assumes that Slovakia should do more in investing into R&D, particularly for the cooperation of industries, universities, and research centres.

“This would be very helpful in developing the economy,” the ambassador said.

Furthermore, Halt talks about the potential for boosting the automotive sector, referring to last year’s automotive supplier forum in Trnava which drew “high interest in Slovakia’s most important industrial sector”.

“This showed us that the potential of the car industry still is not fully tapped – in particular for smaller and medium-sized businesses,” Halt added.

Other sectors of potential interest include renewable energy and energy efficiency.
“In this field, Slovakia still has a lot of catching up to do and German companies belong to the worldwide technology leaders,” Halt said.