Let's not allow ethnic conflicts to spread in Europe

THIS month the world remembers one of the horrors of Europe’s recent history – the slaughter twenty years ago of about 8,000 Muslim men and boys in the Bosnian enclave of Srebrenica. The Srebrenica massacre was the worst of many atrocities that accompanied the break-up of Yugoslavia. The ethnic conflict caused at least 150,000 deaths and the displacement of millions. 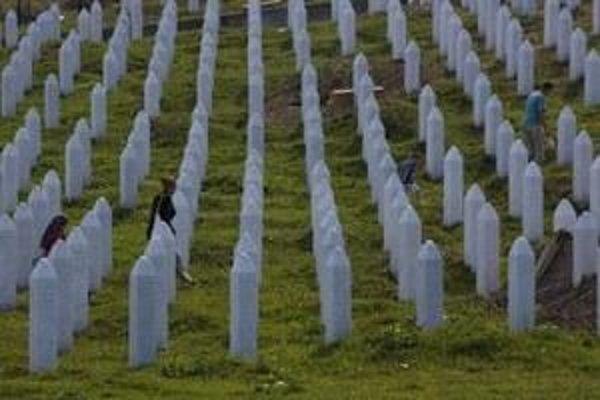 This month the world remembers one of the horrors of Europe’s recent history – the slaughter twenty years ago of about 8,000 Muslim men and boys in the Bosnian enclave of Srebrenica. The Srebrenica massacre was the worst of many atrocities that accompanied the break-up of Yugoslavia.  The ethnic conflict caused at least 150,000 deaths and the displacement of millions. As the head of the U.S. Embassy in Belgrade at that time, I recall the shock of seeing how such a beautiful country like Yugoslavia could so quickly turn into the bloodiest battlefield in Europe since World War II. And I remember how slowly the international community reacted to the violence until it became almost impossible to stop.

Years later, I worked on a very different set of conflicts. I was the United States Negotiator for conflicts resulting from the break-up of the Soviet Union – specifically, the Nagorno-Karabakh conflict between Armenia and Azerbaijan, the Abkhazia and South Ossetia conflicts in Georgia, and the Transnistria conflict in Moldova.

The experience of working on these conflicts made me realize how fortunate the world was that the Soviet Union did not break apart in the same violent way that Yugoslavia had. Imagine how disastrous a conflict that would have been!

I have often thought about why Yugoslavia’s break-up was so much more violent than the Soviet Union’s. I believe the answer lies in the quality of leadership that the two countries had.

Yugoslavia had the misfortune to have leaders who used nationalism and ethnic tension to advance their own political and geo-strategic ambitions. They purposely aroused emotions and ethnic hatreds that soon swept across the country like wildfire.

The then-leaders of the Soviet Union, on the other hand, realized the danger of arousing ethnic tensions in a multi-ethnic region. They did not try to use nationalism or ethnicity to prevent the break-up of the Soviet Union or to change the borders of the newly-independent states. They avoided ethnic confrontation and managed to limit ethnic violence to a few regional conflicts.

All of this has lessons for us today. The separatist forces in Ukraine, supported by Russia, have re-opened the question of whether this part of Europe will follow the path of multi-ethnic tolerance chosen a generation ago or go down the disastrous road that was taken by Yugoslavia.

The entire international community must now speak with one voice on this question. We must continue sending strong messages, reinforced by sanctions, to Moscow and the Ukrainian separatists that the ethnic destabilization of Ukraine is impermissible and extremely dangerous. Only the full implementation of the Minsk agreements can address the problems of this region and prevent further bloodshed. The memory of Srebrenica must remind us all that the horrors of ethnic conflict cannot again be allowed to spread on European soil.

By Rudolf V. Perina, Chargé d'Affaires at the US Embassy in Slovakia