THE RUSSIAN food embargo, scrapping of EU milk quotas as of April and low demand for milk in China have resulted in an excess of milk on the Slovak market and dropping prices for which farmers sell milk they produce. 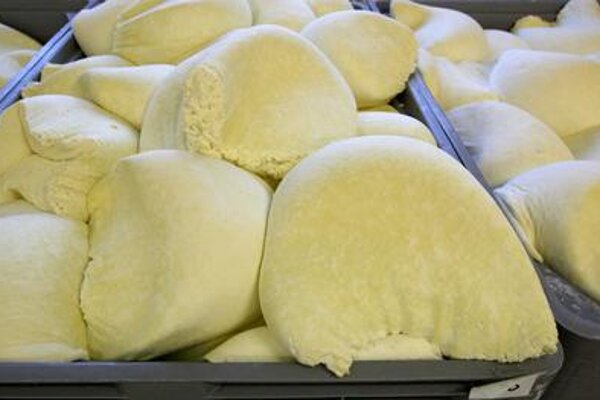 As a consequence 26 farmers out of 550 in Slovakia have closed down their farms so far this year, according to the Agricultural and Food Chamber (SPPK). Farmers are afraid of repetition of the crisis year of 2009 when dozens of Slovak farmers closed their farms.

“All these factors have contributed to the unfavourable situation in which the sector of raw cow milk and milk producers in Slovakia have found themselves,” SPPK wrote in its press release adding that prices for which farmers sell milk to dairies keep decreasing. In May they were at 27.89 cents per kg of raw milk, down from April’s 29.08 cents. The average price in 2014 was 35 cents. Further decline is expected.

However, low milk prices and milk excesses on the market are not a problem only for Slovakia when other EU countries have to cope with them too, according to Alexander Pastorek, SPPK vice-chairman.

“Nobody in the EU can produce milk for a lower price than 40 cents [per kg],” said Pastorek. “I am saying that when they manage to produce it in Europe for 40 cents and sell it for €0.3 on average, then something must be happening with this difference.”

SPPK and the Association of Primary Milk Producers in Slovakia indicate that there must be support mechanisms in each country keeping farmers and the countryside in business.

“We are also pointing to this at negotiations with our executives; that without support mechanism from the side of the state we could secure functioning of this sector only with difficulties,” said Pastorek.

SPPK would like to see pro-export subsidies, a minimum raw milk price as well as VAT reduction on milk from 20 to 10 percent implemented in Slovakia. Milk producers hope that especially the latter measure, planned within the so-called second social package, may increase milk consumption in Slovakia. The list of exact foods to be put on the reduced VAT list should be known only in August or September, while the reduction should be effective as of the beginning of 2016.

The Slovak Agriculture Ministry also plans to increase the subsidy per milk cow in order that the subsidy amounts to 5 cents per kilo of milk, but farmers see this as insufficient, the Pravda daily wrote. However, the ministry perceives the idea of a minimum raw milk price as unrealistic.

Slovaks do not rank among big milk and dairy product consumers when they consume annually only 160 kg per capita, while the volume recommended in terms of nutrition and health is 220 kg of milk.