Doprastav rids itself of debts, thanks to courts

CONSTRUCTION company Doprastav has become the turnaround of the year after it reported a profit of €33.7 million last year, the most in the sector. 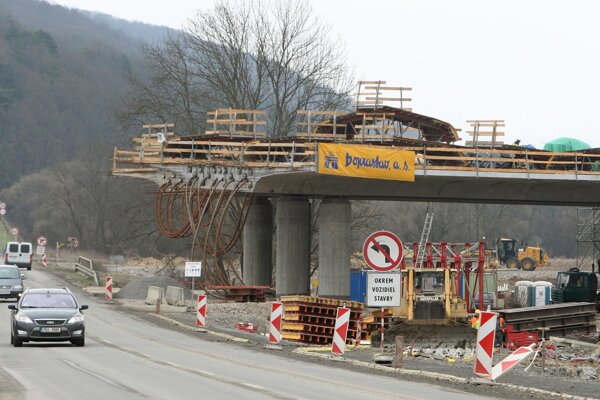 One year before the company was in a €60 million loss, which means that it managed to improve its economic results by nearly €100 million during one year, the Sme daily reported.

“The positive impact of restructuring on the economic result is €85 million,” the company wrote in its annual report for 2014, as quoted by Sme.

Before the restructuring process, Doprastav owed nearly €24 million to Slovak companies. Small firms will see less than one third of this sum over the next five years.

The company reported a record profit despite the fact that its revenues were dropping. Compared to 2013 they fell by more than €41 million to €167 million in 2014, Sme wrote.

“Such a quickly rising profit, accompanied by the annual drop in revenues, is not typical,” Jiří Vacek, head of the CEEC Research company, told Sme.

Moreover, the annual report indicates that the company managed to reduce its debts in 2014. While in 2012 they amounted to more than €233 million, last year when the company was already in the restructuring process it was only €132 million.

Doprastav asked for reduction of its debts last March. The main reason for its bad financial situation was, according to the company, several unrealised public-private partnership (PPP) projects announced by the first Robert Fico government (2006-10) which were stopped by ex-transport minister Ján Figeľ (2010-12). The firm was also negatively affected by a failure in Poland where local highway company GDDKiA allegedly owed it tens of millions of euros, Sme wrote.

Other construction companies do not report such high profit. The second highest Strabag recorded profit just under €17 million. Among other firms, Eurovia and Dúha ended in black, while Inžinierske Stavby Košice, Hochtief, and Skanska ended the year in the red.

“It seems as if the construction [sector] really dusted off,” Zsolt Lukáč, head of the Association of Construction Entrepreneurs of Slovakia, adding that this is mostly the result of big transport projects, especially the construction of highways.