Healthcare concerns Slovaks the most

SLOVAKS are the most concerned by problems in the health-care sector, a poll carried out by the Polis agency on 1,463 respondents between July 12 and 18 for the SITA newswire suggests. 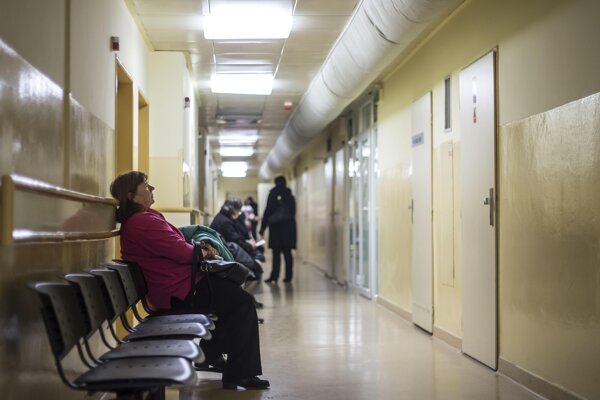 When asked which Slovak politician is talking about the need to solve these problems, 26.1 percent of respondents said it is PM Robert Fico. Second came Sieť chair Radoslav Procházka picked by 11.8 percent of respondents, followed by Igor Matovič, head of the Ordinary People and Independent Personalities (OĽaNO), with 10.3 percent, Interior Minister Robert Kaliňák with 10 percent, Most-Híd chair Béla Bugár with 9.2 percent, chair of the Slovak National Party (SNS)  Andrej Danko with 8.4 percent, and President Andrej Kiska with 4.1 percent.

Some 14.9 percent of respondents said that no politician talks about solving the problems, while 24.1 percent could not answer the question, SITA reported.

Of those surveyed, 25.4 percent also consider the ruling Smer party to be the party which talks the most about the need to solve these problems. Second came the Christian Democratic Movement (KDH) with 12.2 percent, followed by Sieť with 12.2 percent, SNS with 11.1 percent, OĽaNO with 8.3 percent, Most-Híd with 6.4 percent, Freedom and Solidarity (SaS) with 3.3 percent, and the Party of Hungarian Community (SMK) with 1.4 percent. About 14.9 percent of respondents said that no party deals with this question, while 30.6 percent were undecided, according to SITA.