THE ZEMPLÍN-based choir Pro Musica – Magnólia won a nice victory in the USA – in early July, winning at the Serenade Choral Festival in Washington, D.C. 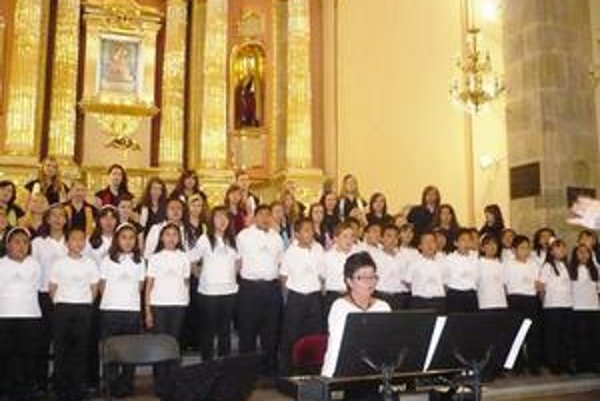 The choir consisting of almost 40 students of hobby-art schools from the eastern-Slovak towns of Michalovce and Sobrance competed with other ensembles – from Europe, the USA, Australia, Cuba and Canada, its art director and conductor Viera Džoganová informed the TASR newswire.

“We managed to win the competitive part of the festival, in the category of children and youth choirs,” she said, adding that a jury composed of artists from Italy, the USA and Australia decided on their victory.

“We were gladly surprised about the victory, as the competition was really of top quality,” Džoganová said. “Also professional ensembles were represented at the festival.”

The choir sang both sacral and secular songs; and after the competition, they toured the region with fellow performers, which included also folk musicians and dancers from Slovakia, making stops in Johnstown, Linden and Pittsburgh.

Before the recent success, Pro Musica – Magnólia had won singing competitions in the UK, Hungary, Belgium and the Czech Republic. It also performed at the opening ceremony of the European capital of Culture – Košice 2013 event.