KIA has made its 3 millionth engine  at its plant in Teplička nad Váhom, near Žilina, a 1.6-litre T-GDI petrol motor. 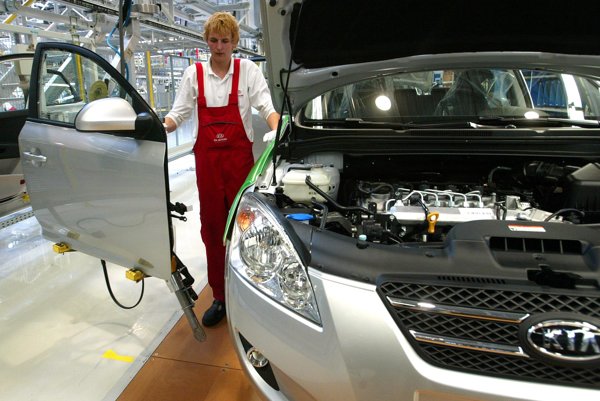 “I’m very glad that the number of all produced engines has passed 3 million since the launch of mass production in 2006,” said Seong-Gyu Lee, Kia Motors Slovakia vice-president and head of the administration group, as quoted by the TASR newswire. “In this way I want to thank our employees for their enthusiasm and hard work.”

The company has exported almost half of its production of engines to a plant owned by its affiliated company Hyundai Motor Manufacturing Czech based in Nosovice in the Czech Republic, said spokesman Miloš Ondruš.

“The 1.4-litre petrol engine is the most popular one in all the plant’s history, with 24 percent of customers ordering it for their cars,” Ondruš said, as quoted by TASR. “Petrol engines make up more than 50 percent of the total number of engines.”

Ondruš noted that the company launched a three-shift system at the engine assembly plant in the first quarter of 2015.

“Thanks to an investment exceeding €48 million, the plant employed more than 70 new workers,” Ondruš continued. “Job applicants found employment in positions including CNC machine operator, quality management and production management. The company also took on workers focused on the production and assembly of engines.”

Kia Motors Slovakia, which has now produced more than 2 million vehicles in Slovakia, is the first Kia Motors Corporation production plant in Europe. It was built between 2004 and 2006 and now employs around 3,800 people. Apart from the cee'd, the Sportage and the Venga are also made at the plant located in the village of Teplička nad Váhom across the Váh River from Žilina.