STANISLAV Boledovič, the founder of the Teach for Slovakia project, believes that it helps socially disadvantages children succeed. 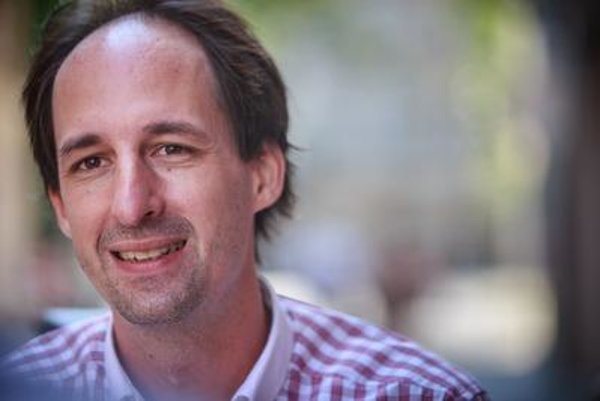 In an interview with the Sme daily, the former financial sector manager explains why he changed focus to education, the measures of success for this project and what is ahead.

Teach for Slovakia tries to lure the best university graduates to teach at Slovak elementary schools. Within a two-year paid job, selected graduates get the chance to help improve the future prospects of children from disadvantaged backgrounds.

“The statistics are alarming – especially the percentage of children who have virtually no education and no chance to succeed in their professional life,” Boledovič told Sme. “They make up 27 percent; which is one of the worst figures within OECD countries.”

Boledovič opined that one of the main reasons is the unattractiveness of the teaching profession; and even if some of the best secondary-school graduates become teachers, they only rarely 100 percent focus on teaching.

Another bad thing is that schools in localities with poor families and complicated social backgrounds are not prepared at all to compensate for this fact. Slovak schools operate on the same principles, regardless of what children they serve. Abroad, schools specially adapted to the educate children from handicapped communities are successful, he noted. They operate for six, not five days, and have just one, not two months of summer holidays.

“Even when it is premature to look back and evaluate, talks with headmasters and with pupils so far confirm that when teachers can devote their time to children and spend time with them also apart from curricula, leading hobby groups, making trips and visiting their families, children build up a much stronger relationship and are more motivated to learn,” Boledovič said.

As for the selection of teachers for the project, it is not enough to be a good pedagogue. “We have not selected many graduates of pedagogical study courses who have applied,” the founder said. “The global criterion is that we can only engage ambitious people who have the potential to become leaders of this society.”

Boledovič explained that to improve the education system, leaders from many other spheres need to connect and to make a joint effort. Education is a very open system, the fate of which is decided by MPs, journalists, businesspeople and also the public – in how they make laws, report on it, and what chances they give to children with different social and demographic background.

“We have strict criteria,” Boledovič said, describing why the number of teacher this year – 10 – is lower than last year. “We have no precise quota how many people we need; thus, we employ those who can be excellent teachers and can imagine moving for two years to a socially totally different environment.”

He added that of the 15 teachers from last year, 12 will continue this year – abroad, it is normal that about 10 to 20 percent do not finish the programme. The biggest surprise, however, is usually the workload of teachers. Just a few young people graduating from law, economy or philosophy were able to imagine the reality – the training programme and work at school last for 12 and more hours a day, often including weekends.

“Teachers should not replace family background for children,” Boledovič said. “They often face children’s pleas for material help; and for anyone facing a hungry or sleepy child daily, it is very hard to set a strict limit. Thus, we have Žaneta on the coach position in our team – who grew up in a Roma settlement and gradually managed to get out of it. She helps us find a way how to behave in often insoluble situations. The first thing she helps in is to handle the harsh conditions; and the second element in discipline in class: a new teacher after a couple of weeks of training is not prepared to teach, and children let them feel this.”

Describing the training, he said that selected applicants undergo six intense weeks of training from 9:00 to 21:00. The stress is on how to teach children effectively. Boledovič opined that Slovak universities offer more theoretical than practical education for prospective teachers, “and we cannot afford this – after two weeks, our trainees start teaching at summer school”.

As for the Slovak education in general, Boledovič opined that what the system really needs is to reform the way future teachers are selected and educated, and to increase the attractiveness of the profession – also through increased salaries.

“Teachers cannot fight for salary increases alone, nor can activists,” Boledovič claimed. “Rather, there needs to be a society-wide interest. Politicians may have honest interest, but they feel that voters would react in the next election, if they increased teachers’ salaries. Our poll implied that most voters deem current teachers’ salaries outside Bratislava as adequate, sometimes even too high, as they allegedly have two months of vacation, and work only until 14:00. They think it is not necessary to increase their salaries – and if yes, then only in 10 percent. This did happen, but to make the profession more attractive, the increase needed to be at least 50 percent, according to OECD.”