THE TRNAVA-based branch of the carmaker PSA Peugeot Citroen Slovakia increased its production of vehicles in the first half of 2015 by 10.5 percent on the year, manufacturing a total of 165,227 cars over the first six months of 2015. 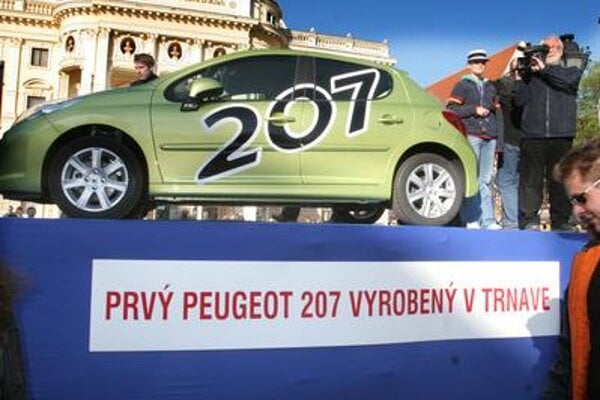 Earlier this year the plant also produced its two millionth car since it launched serial production in 2006. "The positive sentiment on the market lays the groundwork for us to inch closer to producing 300,000 cars during the whole year," spokesman Peter Švec told the TASR newswire on July 29.

A total of 142,084 Peugeot 208 cars were delivered to their new owners in the first six months of this year, which is an increase from the 118,899 recorded in the same period a year ago. Five-door cars made up 93.6 percent of all cars produced, with the remainder comprised of three-door vehicles. Cars produced at the plant mainly headed for Italy, the United Kingdom, Spain, Germany and France.

The plant is now set to undergo several upgrades that are aimed at increasing its flexibility and production capacity. Priority focus will be devoted to prep work for the launch of production of a new Citroen.