Germany as you may not know it

THE GERMAN language has been strongly present historically in Slovakia – be it thanks to one of its neighbours, Austria, or the influx of German settlers to the country throughout the ages. 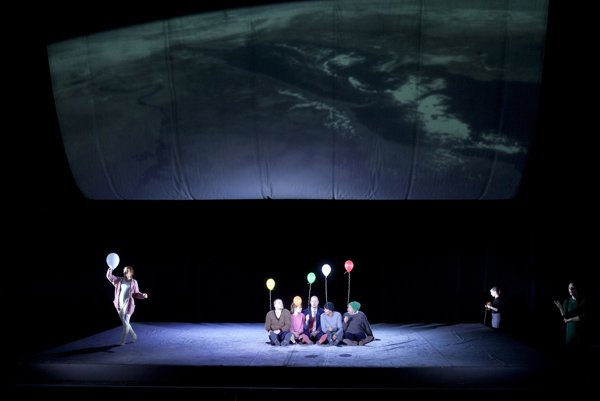 However, life does not stand still and it is also the present cultural and social impact showing the current development in Germany that can be perceived by Slovaks; and the biggest importers and promoters are the Goethe Institut and the German Embassy to Slovakia.

The former institution offers, apart from language courses, also a library and a host of events for the public, with the main stress changing with the course of time.

“This year, we have very strong accents on gaming,” Jana Binder, head of the Goethe Institut, told The Slovak Spectator. “We have the project Spiel Mit [Join us Playing] and we will have a big exhibition in Košice in September, called No Pain No Game – so it’s a big interactive, exhibition travelling around the region, with a big gallery.” Binder added that they also have gaming nights for families once a month at the Goethe Institut in Bratislava. “Our country is big in developing board games and we have winners of board games coming here from Germany,” she said. “We explain the games and people can play them here, or borrow them to take home.”

In September, there will be also an exhibition in Bratislava focused on videogames, Binder said, adding that they focus on “good” games with strong social impact.  Videogames are popular, they are intriguing, and we also offer an insight about who makes them, what is their goal and which are the ones having a political and social background, she explained. “We invited the authors of these videogames; there will be a discussion which can, on the other hand, motivate the game designers to create more games with this social back-lash.”

This year, we have the idea of gaming in various events throughout the year, she added.

A genre that has been represented strongly for some time already is theatre. After in 2014, the Untitled No 1 – Opera by Herbert Fritsch of Voklsbuehne am Rosa-Luxemburg-Platz, a Berlin-based theatre, opened the Divadelná Nitra theatre festival, Germany will also be present this year, albeit not with an opening piece; the Hate Radio (the Re-Enactment of an Art RTLM Genocide Radio Show), a co-production of Switzerland and German theatre by Swiss director Milo Rau is a re-enactment of radio shows that helped spark genocide in Rwanda.

German theatres also participated in two Bratislava-based festivals: in the New Drama – the Berlin HAU / Hebbel am Ufer theatre from Berlin performed its Memory of Battlefields 1914-2014 play, directed by Hans-Werner Kroesinger; and in the Eurokontext, where the State Theatre from Dresden played the Divided Heaven by Christa Wolf directed by Tilmann Köhler, with its reflections on the country – and its capital – split into two hostile political regimes. At the New Drama, where Germany was the country of focus this year, German theatrologist and dramatic advisor Dea Loher also gave a master-class. The German plays shown at festivals were – and will be – with subtitles also in English.

Tilmann Köhler is also rehearsing a piece for the Slovak National Theatre (SND). Additionally, SND has a piece in its repertory that is a Berlin-Bratislava co-production, Bludičky / Land der Ersten Dinge.

“This can fit also nicely into the concept of gaming, pretending, playing...” Binder explained. “Thus, theatre can also be perceived as one focus this year.”

The Berlin theatre’s piece at New Drama commemorated one big anniversary the whole Europe remembers recently, the World War I. “To remember this historically important date, several events took place. For instance, in November the conference Stereotypen als Kriegspropaganda /Stereotypes as War Propaganda was held in cooperation with Comenius University Bratislava and the French Embassy,” the German Embassy informed The Slovak Spectator. “In December, a panel discussion between a German and a Slovak historian took place. Our German guest was Jörg Friedrich, publicist and author of nonfiction, who found great recognition due to his publication, 14/18. Der Weg nach Versailles (The Road to Versailles), which tackles the issue of responsibility of the involved nations and has sparked intense debates,” according to the embassy.

Other recent anniversaries reflected in events organised by the embassy are the 25th anniversary of the Velvet Revolution, the fall of the Berlin Wall and the reunification of Germany. “During the “festival of freedom” (Festival der Freiheit) in mid November two films related to this topic were shown and a panel discussion organised,” the embassy wrote. “Last year’s Central-European Forum, which marked the anniversary of the Velvet Revolution saw the participation of political expert Dr. Josef Braml as well as authors Ingo Schulze and Thierry Chervel.”

The embassy also noted that in April, the University of Halle and Comenius University Bratislava celebrated the anniversary of their partnership. Two concerts were given in the Slovak Philharmonic Hall. Needless to say that music is a genre that strongly connects Germany and Slovakia, be it classical, or more modern.

As for anniversaries, “in November, the Carpathian German museum celebrated its 20th anniversary,” the embassy noted. “Representatives of the National Museum, many partner museums and members of the German-speaking national minority, the so-called Carpathian Germans from all over Slovakia, were present to participate in the festive event.” There are also the less favourable aspects of German history connected with Slovakia, like the 75th anniversary of the foundation of the first Slovak State, when the German Embassy supported a panel discussion on the German role in the foundation of the Slovak state in 1939.

The phenomenon of Carpathian Germans was also tackled by the Goethe Institut which, within its internet-film project Schaufenster Enkelgeneration / Showcase Grandchildren-Generation, explores the importance of German roots, language and culture for the young Carpathian Germans. They found that the stance varies, from quite a strong impact on life, to a total reluctance and indifference – “what does it have to do with me?” It seems, moreover, that topics like folklore or traditions and habits are most important for the outgoing generation, leaving the young people rather untouched.

Another aspect through the years which GI focuses on is “urbanism, urban space, public space and its use, participation of citizens in designing their city and claiming their city”, said Binder, naming the “WhatCity?” initiative made in collaboration with the Stará Tržnica / Old Market-hall in the form of a few events each year. The head of the GI expressed her perception that people in Slovakia – as in the former communist German Democratic Republic – may still feel they cannot change anything, that it is some “Them” who make all the changes, but this has been changing with the younger generation in their thirties who studied or worked abroad. And GI strives to help and speed up this change.

“And the next year will be about co-sharing because we see that there is a tendency in western Europe for people to participate than to really “have, own” something, Binder explained. “And things like car-sharing or co-working, urban gardening and sharing e.g. new technologies are spreading in Germany; and we would like to make a series of events throughout this idea of sharing as a mixture of more ecological, more economical aspect and – on the other hand, a set of new cultural values, like paying for a music-sharing service instead of storing all CDs in a small flat.” (The shared German-Slovak performances – or directors, for that matter – could maybe also fit into this concept of sharing instead of owning.)

Another permanent interest of the GI in Slovakia is the support for independent culture and connected initiatives, be it in- or, even more, outside the capital (Košice, Banská Bystrica, Žilina, Topoľčany) within the Antenna network of independent culture centres.

Other activities of the German Embassy and the Goethe Institut include, for example, literature debates, readings, cultural lectures, etc. The “German Feast”, DaS, has already become a tradition in the beginning of July, offering an open-air event for families, with German delicacies, competitions and workshops.

“Most recently, on July 3rd, our Embassy organised a cabaret evening hosting the well-known German satirical cabaret artist Urban Priol,” the German Embassy in Bratislava informed, adding that this was just the first taste, to be followed by some more.

In October, the 25th Anniversary of German reunification will be commemorated.

“Like last year, we are planning to contribute to the festival of freedom in November as well as to the Central-European Forum,” the embassy wrote, adding that in cooperation with the foundation “People in Peril”, a festival on human rights and global issues is planned for November.

“We are trying to offer an attractive mix of both entertaining and sophisticated cultural performances that reflect the great variety of today’s Germany,” the German Embassy to Slovakia summed up.