THE GOLF resort at Veľká Lomnica in the High Tatra mountains is set to host the eighth Charity Golf Cup under the auspices of ice hockey legend Peter Bondra this Saturday, the TASR newswire reported July 30. 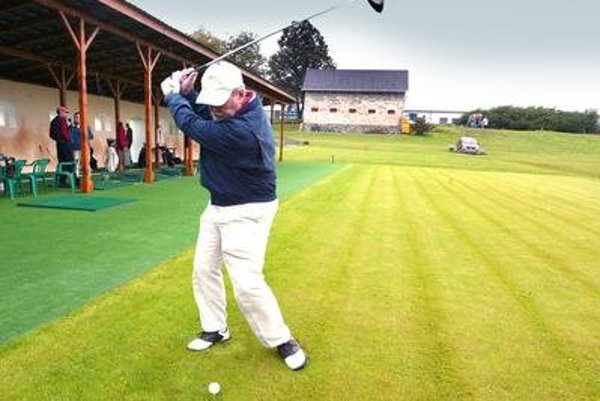 “We’ve given €120,000 from these tournaments to children with various health problems over the past seven years, Velecká said, as quoted by TASR. “Several personalities from social and sporting life have promised to take part this year, too.”

Apart from them, [national football team coach] Jan Kozák, [alpine skier] Adam Žampa and actors Milan Lasica, Milan Knažko, Kamila Magálová and Ady Hajdu along with other figures from sporting and cultural life are also expected in the High Tatra mountains. The programme will begin at the Veľká Lomnica golf resort at 9:00 on Saturday August 1.

The earnings from the event will go to disabled children from poor families via Šatan’s foundation. Apart from providing money to children, the foundation will also purchase a 3D printer for the children’s cardiocentre of the National Institute of Health and Vascular Diseases in Bratislava.

“Head doctor Matej Nosáľ, who is active there, carries out unique operations on children’s hearts, and he needs a 3D printer to produce various components that are used in surgery,” said Velecká.

It is already certain that the organisers will raise €13,000 from entry fees, while other funds will be gleaned from an auction, which will feature the sale of skates, a hockey stick and gloves belonging to Zdeno Chára, currently serving as captain of the Boston Bruins of the National Hockey League (NHL). Chára is the tallest NHL player ever and the first NHL player from beyond the Iron Curtain to captain an NHL team to the Stanley Cup.

Other items in the auction will include a picture painted by Rescue Medical Service Operation Centre spokesman Boris Chmel and clothing made by fashion designer Lukas Kimlička.