Referendum: Gabčíkovo inhabitants do not want refugees there

IN THE local referendum, inhabitants of the municipality of Gabčíkovo on August 2 refused the refugees that shall arrive there, and also the establishment of a temporary refugee camp. 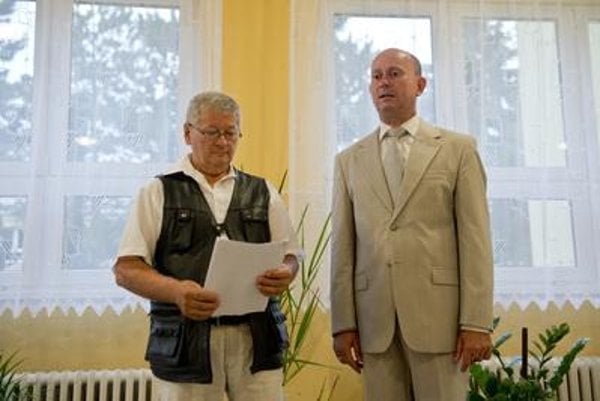 A total of 2,603 voters went to the ballot boxes; which is 58.46 percent of eligible inhabitants. Out of that, 96.67 percent, i.e. 2,501 inhabitants, were against, chair of the referendum committee Teodor Bodo confirmed for the TASR newswire.

The Slovak government recently made an agreement with Austria on placing 500 refugees seeking asylum in Austria on a temporary basis at the Gabčíkovo facility of the Slovak University of Technology in Bratislava which in the past also served as a refugee camp. Slovakia will provide food and shelter to the migrants while their asylum procedures are being dealt with in Austria, according to the deal sealed on July 21 between Slovak Interior Minister Robert Kaliňák and his Austrian counterpart Johanna Mikl-Leitner, the Sme daily wrote. Refugees will come from the camp in Traiskirchen.

Of the 2,600 ballots, 2,587 were valid, and 13 invalid; with 3.32 percent of participating voters actually approving the arrival of refugees, the SITA newswire wrote.

“People want to live in peace and security,” mayor Ivan Fenes told TASR. “The referendum was announced following a petition that was signed by 3,148 people.” Gabčíkovo has 4,300 voters.

Fenes conceded that there were refugees in Gabčikovo in the past, but “times were different back then”. “Times are far more tumultuous now, especially abroad. Problems emerged when there were more than 800 refugees; we also registered pretty serious problems then. Even 100 refugees would be too many for a village with 5,000 inhabitants,” the mayor said, adding that the locals were happy when the facility was shut down for refugees six years ago.

A local referendum is a matter of self-administration, and does not fall under remit of the Interior Ministry. Michaela Paulenová of the ministry told SITA. On the other hand, the ministry is also not bound by its results. Nevertheless, a few days ago the Interior Ministry declared that the results of the local referendum won't be binding for the state.

The referendum went against the decision of public authorities, constitutional lawyer Peter Kresák opined for SITA, adding that the state power then does not respect a valid referendum. However, Slovakia has no law that would make results of a local referendum, binding for the state. Kresák, who was a Constitutional Court judge, a representative of Slovakia before the European Court for Human Rights as well as a lawyer of the Office of the UN High Commissioner for Refugees, cited another case, concerning a local name of a municipality of Tešedíkovo, in which inhabitants wanted the name to return to Pered – which had been used previously for more than 700 years. Two successful referendums were organised in Tešedíkovo but the Slovak government did not yield and did not agree with the name change.

Meanwhile, Police Corps president Tibor Gašpar has announced that the police will increase their presence in Gabčíkovo, with an additional ten officers set to be allocated to the local police station, while an emergency motorised unit from Trnava will also be tasked to patrol the village.

The exact time when the first 250 asylum seekers should arrive is not yet known.