NEW Zealand police officers in Auckland shot down, on the night of Sunday, August 2, a Slovak citizen, aged 21, who had been wanted for three armed robberies in the area. 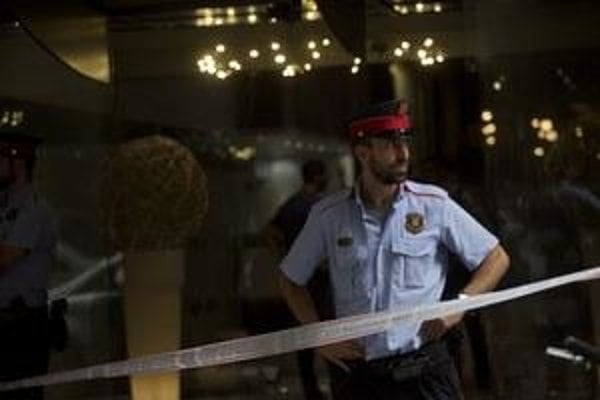 Police shot at Dávid Červeň in Myers Park after he threatened to use a firearm. However, police were not able to confirm whether he really had a gun, as one was not found. Police claim Červeň had called them to the park, on Sunday at 19:23. After unarmed officers arrived, he told them he was armed, and so they summoned their armed colleagues. Police claim they tried to reason with the man, but in vain; and they started shooting at 19:45, when he “showed” he wanted to use the gun. He died instantly, the SITA newswire wrote.

One of two witnesses who testified in the case said that police closed in on Červeň, called on him to give up and not to move. The young man did not move, but police started to fire, the Sme daily wrote.

Chief of the Auckland police, Richard Chambers, defended the police action, stating that they did everything they could considering the information they had. They shot repeatedly, but it is not known how many times. Part of the investigation will also be video footage from CCTV cameras that recorded the entire incident.

Červeň arrived to New Zealand on March 20 and had a 12-month visa for a working holiday. His family was informed in assistance of Interpol, Slovak honorary consul Peter Kiely told SITA, adding that he does not know where the man worked or lived, but he was in New Zealand as one of the 100 young people taking part in the popular working holidays programme.

On August 2, local police published his photo as a wanted person, in connection with three armed robberies in spirits shops, while evidence from one of them proved him guilty. However, no firearm was used in the robberies, according to police; instead, he seems to have used a knife.

The Stuff.co.nz. website writes that the Slovak came from Dolný Kubín and had friends in New Zealand, as well as a girlfriend. The information stems form his friend who wanted to stay anonymous and who described him as a friendly, decent, shy person. The only explanation he can figure out is Červeň was suffering from depression, Sme wrote. He underwent knee surgery and could not train kickboxing – which was his source of income. Twice, Červeň placed third at the World Championship of juniors in Beograd, and was European Champion in amateur competitions in Hungary, Switzerland, Ukraine and Poland, according to Sme.