THIS IS how the centre of Rimavská Sobota, a town in the Gemer region, looked in 1934. 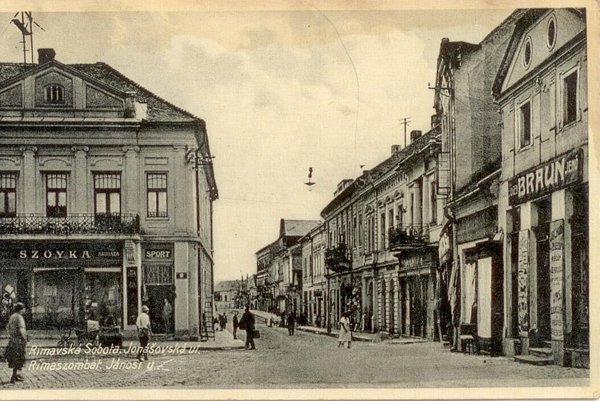 Where there were shops, there were also pubs, wineries and beer cellars. The beer draught in Rimavská Sobota is connected with the name of Pavol Nagy form Nagyváta, the founder of a family which had a beer-drawing monopoly for more than 200 years. Pavol of Nagyváta came to the town from the Baranya district which was threatened by Ottomans; and Nagy – like many others, especially the rich– opted to flee northwards.

His name is first mentioned in this Gemer town in 1520. His relatives managed to establish themselves in the town relatively quickly. Already his son Benedikt was among the area’s wealthiest citizens. The Nagyas owned a house, meadows and fields in Rimavská Sobota.

Finally, the Ottoman threat reached Gemer as well. In 1596 Benedikt, according to records, donated 290 guldens for the fees to be paid to Ottomans, one heavy golden chalice and, first and foremost, all profits and gains from his taproom. Thus, he helped protect the town which embraced his father from Ottoman attack.