TWENTY-TWO police officers were sent to deal with unrest in a Roma settlement called Zabijanec in the village of Rudňany in Košice Region on Sunday night, with seven of them suffering injuries in the process, Košice Regional Police chief Juraj Leško said at a press conference on August 3. 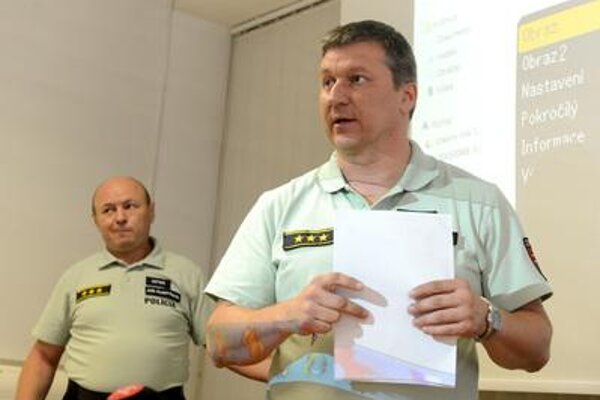 The first police patrol arrived at the scene at 20:00 following a report on the emergency line that several locals were engaged in a fight and that members of one family were in danger of their lives. The locals, many of them encouraged by alcohol, attacked the patrol with stones, bottles, bricks and clubs. Reinforcements were then called, including the riot police, with the operation concluding around midnight.

“Seven police officers were injured in an attack by locals, with all of these cases requiring treatment of between four and seven days,” said the police chief as cited by the TASR newswire, adding that this included a 14-year-old boy. “Nine suspects were arrested in the intervention.

According to the police, several attackers were also injured, but they refused to be medically treated.

The first police patrol from Markušovce to arrive on the scene had to be reinforced by additional two-member patrols, but this wasn’t enough to deal with a crowd of around 200 aggressive locals. When one officer was injured in the leg, his colleagues fired three warning shots.

“The patrols then asked for reinforcements, as the attacks were continuing, with locals throwing stones and other items not only at police officers, but also at passing cars,” said the police chief, adding that four units of the riot police and a police dog were then dispatched to tackle the unrest.

Locals also attacked an ambulance that arrived at the settlement to assist a local woman who was giving birth. Meanwhile, the police received a call at around 21:45 from a nearby facility of a former ore mine. A security guard announced that he'd had to flee his office following an attack by locals.

The police at the press conference also presented an eight-minute video recording showing locals throwing stones and other items at police officers. The recording was of relatively low quality due to the lack of light, however.

According to Leško, the number of similar attacks against police officers hasn’t been on the rise, but their intensity has certainly increased.

“Offenders – I don’t know for what reason – have intensified their aggression towards police officers,” added the regional police chief.