Blog: Getting to know Bratislava – through volunteering

Slovak and international volunteers helped to clean the surroundings one of the oldest buildings in Bratislava on one July afternoon. 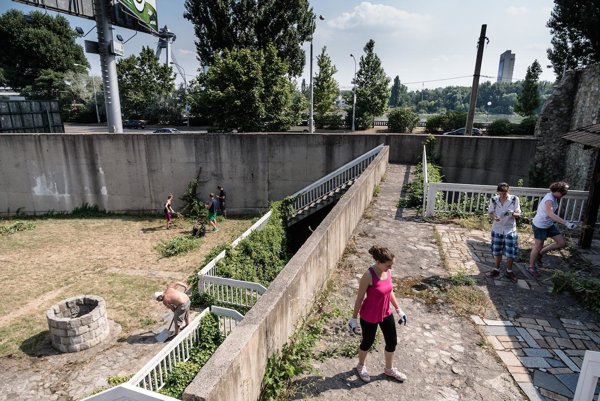 On July 24 Bratislava's Volunteer Center (BDC) in cooperation with the City of Bratislava organised a volunteering event in a historical water tower, situated on the waterfront by Army General Ludvík Svoboda in Bratislava. The building is the oldest one in Bratislava but unfortunately at the moment it is closed to the public. That day, people from different background were mixed in order to help the community. As a bonus they got to learn about one of the secret places of the city.

A group of 30 volunteers brushed, raked, swept, cut branches, and removed weeds during the afternoon. As a reward, volunteers had the opportunity to learn more about the building directly from Ivo Štassel, the Director of the Urban Conservation Institute. A group of musicians were also invited to entertain the volunteers.

The area where the water tower stands is owned by the city, who wants to renew it and turn it into a museum dedicated to the Danube river and also a facility for concerts. 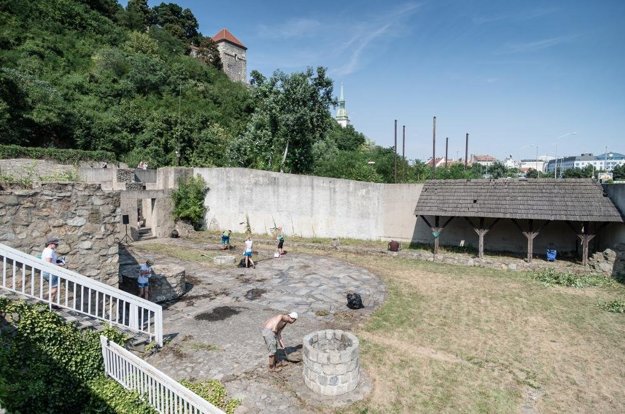 The water tower is significant in Bratislava's history, as it played a strategic and defensive role for nearly 400 years. It was built in the 11th century as a watchtower to defend the Danube ford and the entrance of the city. Then, in the 17th century, masonry from the water tower was used as a secondary building material and the building felt into oblivion. It was only discovered in the 1960s when the neighbourhood of the tower was demolished to make space for the new bridge (the SNP Bridge). However, as it is closed to the public, most people were unaware of this place. This event was “the ideal opportunity for [volunteers] to learn more about it. The water tower is in fact a unique medieval monument," said Ivo Štassel to the Bratislavský Kuriér local newspaper. And the volunteers understood that. A lot of people wanted to help : BDC was searching for 20 people and 30 volunteers came. That event was a unique occasion of mixing history with physical activity.

“At the end we were dirty, gardens were clean, and we were happy!” said Bilge from Turkey. 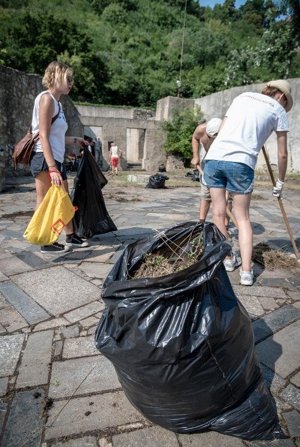 Slovak volunteers were mixed with foreigners from France, Italy and Turkey living in Bratislava. Also, 20 employees from two different companies took part to the event.

“I like the idea of doing working in the open air and doing something useful for the community and not for money. Also, I think it's a good way to meet new people,” explained Damiano from Italy.

Alexandra, a Slovak volunteer too enjoyed the atmosphere and nice people who shared the will to improve their environment.

“At the end I felt really good that I did something useful,” she said.

The area where the water tower stands is owned by the city, who wants to renew it and turn it into a museum dedicated to the Danube river and also a facility for concerts.

“The water tower is beautiful and rich in history and it would be a shame if this monument fell into disuse and disrepair,” said Gabriela Podmaková, project manager at Bratislava's Volunteer Center said.

By Claire Billon-Grand, EVS volunteer at the Bratislava Volunteer Center .

Thank you for singing up. Shortly an email will be sent to the address you provided to verify your e-mail.
Error! Please try to register again later, your e-mail was not registered.
Your email is not in a correct format.
Please confirm you are not a robot.
Share on Facebook (81)