LETAVY (standing for Summer Camp of Artists, Letný tabor výtvarníkov) has grown in 30 years from a small, intimate meeting of classmates from art school, into a versatile art event, with 12 to 15 workshops attended regularly by 400 artists. 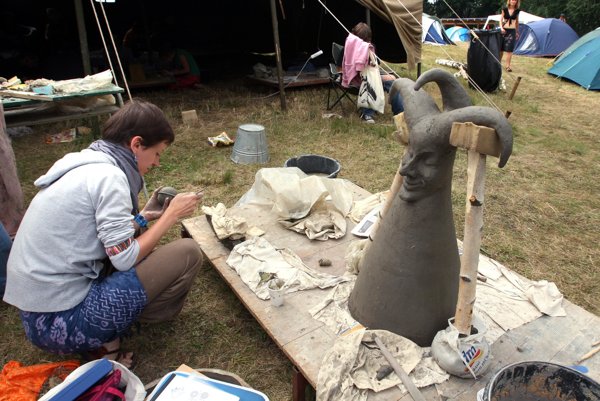 Its organisers have witnessed several surprising curiosities – be it in requirements of participants or instructors, or in the works completed. The biggest work of art made at Letavy was the forming and firing of a bog-sized teapot, with a diameter of 2.5 metres that needed more than half a ton of clay. It was born gradually, during a weeklong pottery workshop, and it was complete, including a lid.

It was not possible to fire it in a classical pottery kiln, and thus it had to be fired directly on the spot where it was made.

“We formed a base from bricks, putting a big grate on it,” co-organiser of Letavy, Tibor Lajgút, told the TASR newswire. “We modelled the teapot directly on the grate; and when firing it, we filled it with charcoal and panelled it with wood, we put air inside with an old vacuum cleaner, and finally the heat we created was so intense that we had to put buckets of water over the person who tended the fire, so that he could get closer to the fire.”

The teapot did not last, Lajgút said, as it was stored outside, only insufficiently protected against weather, and so it became soaked with water from rain, which froze in winter and the artwork, meant to permanently decorate a private garden, cracked. 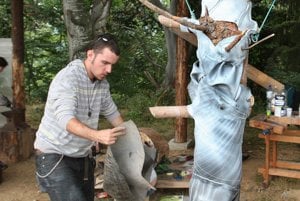 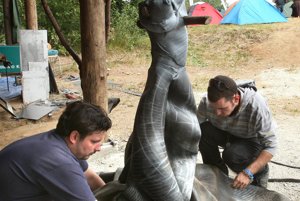 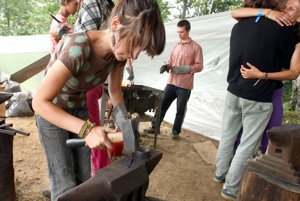 The curious requirements of lecturers and instructors included, for example, a white grand piano in the middle of a forest, water ballet in the Kurinec water reservoir – where Letavy used to take place – three aquariums filled with fish, or an accordionist playing nostalgic Irish ballads.

This year’s edition of Letavy takes place between August 9 and 16, in the Kokava-Línia holiday resort in the Poltár district. One new workshop has been added to the existing ones; called Waste as Art, it will focus on artistic recycling of old, unused items.