Most of best schools are in the east

MOST schools which top the ranks of primary and secondary schools published by the Institute for Economic and Social Reforms (INEKO) think tank are located in eastern Slovakia. 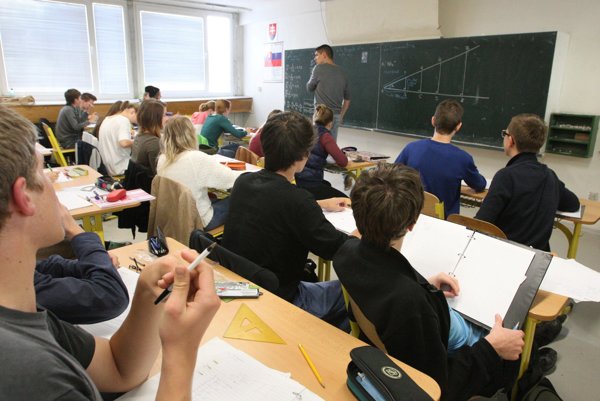 Regarding the primary schools, second came a school located on T. J. Mouson Street in Michalovce (Košice Region), followed by a school on Skutecký Street in Banská Bystrica. In the category of vocational secondary schools, the Business Academy on Kukučíkova Street in Trnava was placed second, while a school on Slančíkova Street in Nitra was placed third. Second among grammar schools was Juraj Hronec Grammar School in Bratislava, with third position going to the bilingual school in Sučany (Žilina Region).

“We have updated the information on the website regarding primary and secondary schools with the latest results from the tests of ninth grade pupils and the external part of the maturita exam for 2014/15 school year,” said Matej Tunega, co-author of the project, as quoted by the TASR newswire.

INEKO also changed the ranking methodology, by eliminating the impact of significant outsiders, i.e. schools whose results deferred from the ordinary results the most, Tunega added. They also re-evaluated the older rankings.

“This change enhances the interpretation of the year-on-year progress within school rankings,” Tunega said, as quoted by TASR.

However, the evaluation of pupils’ results does not take into consideration the differences between children visiting the schools affected by factors other than the learning process, or the skills and knowledge the school provided. Thus, this ranking process does not provide a comprehensive evaluation of the school’s quality, TASR wrote.

“I don’t consider the ranking process to be fair considering that the primary school has many other functions apart from testing and participation of children in competitions,” Alena Petáková of the Association of Municipal Schools told the public-service broadcaster RTVS.