TALENTED students from a primary school in Zvolen finally managed to travel to the RoboCup world competition in China, though the state did not contribute money for their journey. 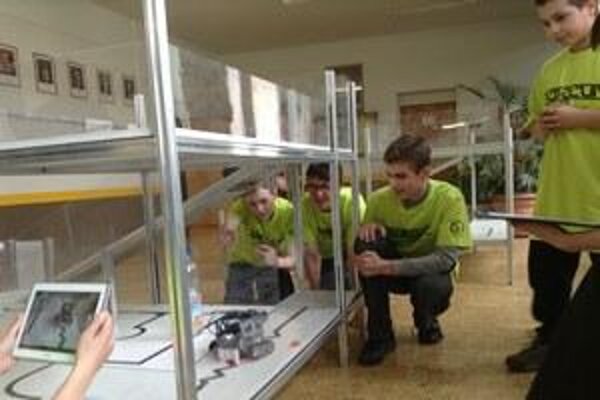 (Source: Courtesy of the elementary school at Jilemnického street in Zvolen)
Font size:A-|A+5

Back in May the school on Jilemnického street in Zvolen addressed the media and the public, asking them for help as the pupils who won the national round of the RoboCup competition in constructing and programming robots lacked the money to travel to China. They finally travelled to the world round, held in mid-July in the town of Hefei, thanks to the support of the IT company PosAm.

“What we learned there in a few days would take us years if we stayed home,” said Dominik Radler, the captain of the Slovak team, as quoted by Sme. “We also encountered new people and new cultures. The success of our team was our participation as such.” 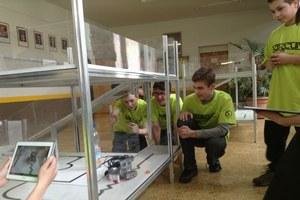 The pupils from Zvolen represented Slovakia in the Rescue Line Primary category. The task of their robot was to finish a specific track, fulfil several tasks, and try to get as many points in eight rounds as possible. They placed 14th in this category, Sme wrote.

In another competition round they teamed up with Chinese pupils, and won. The two teams had to fulfil two tasks on different tracks which led to only one result. They constructed a completely new robot in a few hours, which contributed to their victory, PosAm wrote in the press release.

“We are proud that they became world champions,” the school’s headmistress Ľuboslava Bieliková told Sme.

The Education Ministry did not contribute to the journey as it sponsors only registered competitions. Though Education Minister Juraj Draxler wanted to help them, after analysing the situation they found out that they would have to sponsor the winners of all competitions that are not registered in order to be fair. The ministry, however, lacks the funds to do so, its spokesperson Beáta Dupaľová–Ksenzsighová told Sme in June.