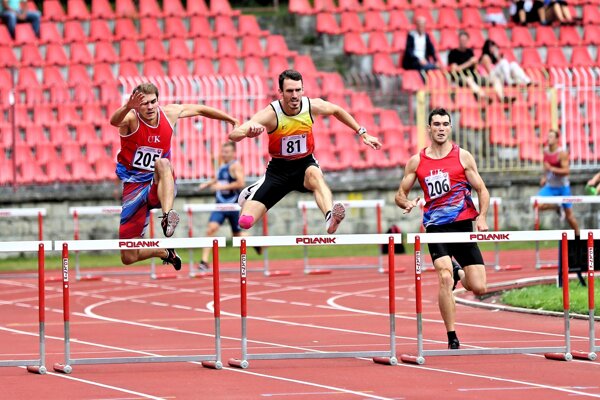 This stems from information published by the British newspaper the Daily Mail. The most abnormal results were revealed in the tests of athletes from Russia (30 percent), followed by Ukraine (28 percent), and Turkey (27 percent). Slovakia posts similar result as Portugal, Qatar, Ethiopia, and Cuba, the SITA newswire reported.

Several media recently reported about the revelation of a whistleblower connected to the International Association of Athletics Federations (IAAF), the sport’s governing body, who showed that of 12,000 blood tests on 5,000 athletes between 2001 and 2012, 800 athletes were ‘highly suggestive of doping, at the very least abnormal’. This included also the medal winners from top competitions. According to the Sunday Times, 144 medals, including 55 golds, are dubious, yet it is claimed that no one has been stripped of their title.

The Slovak Athletic Federation (SAZ) was surprised by the revelation.

“SAZ is closely watching the information concerning a huge amount of suspicious blood tests of more than 800 athletes from across the world from the years 2001-2012 which were published by German broadcaster ARD/WDR and the British Sunday Times,” its chair Peter Korčok said, as quoted by the TASR newswire, adding that they still do not have any official information about the latest Daily Mail revelations, so they cannot provide relevant comments on it.

Athletics in Slovakia belongs to the top sports which receive the highest subsidies from the state budget. SAZ received nearly €1.5 million this year, which is the fifth highest contribution, the Hospodárske Noviny daily reported.