Tora Legal want to terminate cooperation with the city of Martin

LAW firm Tora Legal has asked Martin city to terminate their contract, based on which Tora Legal represents Martin before the Constitutional Court in the case of an €8-million claim, the TASR newswire learnt from Martin spokesperson Zuzana Kalmanová on August 5. 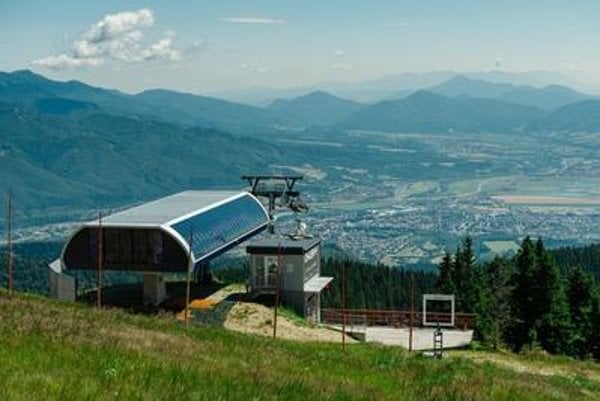 The media attention has been needlessly diverted from key points of the case while the cooperation between it and the city has become a media sensation, Tora Legal’s owner and lawyer Alexandra Čižmáriková said.

“From a tactical point of view, it’s certainly better for the city to have media attention focused on compliance with principles of the rule of law via predictable court decisions and just court proceedings,” Čižmáriková wrote in her letter to the mayor of Martin, Andrej Hrnčiar, adding that the case has also affected her private life.

Hrnčiar acknowledged Tora Legal’s request and will submit it to the city council during a meeting scheduled on August 6.

“I share the view that the attention of the public has been purposefully diverted away from the insidious attack on the public money of Martin inhabitants to the standard cooperation between the city and its legal representative,” he said. “However, the city chose the same law firm that managed to save taxpayers money in an identical lawsuit between state owned Tipos and shell company Lemikon. The decision regarding the next course of action lies in the hands of city councillors.”

The city of Martin spokesperson pointed out that if councillors approve the request of Tora Legal to terminate the contract on provision of legal services, the city will have to appoint legal representation with alternative lawyers.

According to a Supreme Court ruling from February 26, 2015 relating to a case involving Lyžiarske Stredisko (Ski Centre) Martinské Hole, the town of Martin should pay €8.4 million to a company called PK Faktoring which belongs to lawyer Peter Kubík. The debt goes back to the previous city administration and even the original company was trading under a different name while it sold the claim to Kubík. The city appealed to General Prosecutor Jaromír Čižnár who lodged an extraordinary appeal against the judgement and also requested that it should not be pursued.

The Supreme Court handed down a resolution and suspended the execution of the ruling on June 19.

Based on the verdict of the Supreme Court, the city of Martin is obliged to pay out for violating legal commitments dating back to 1996. The claim emerged over the fact that Martin, under its former mayor failed to meet contractual obligations of registering real estate property under Lyžiarske Stredisko Martinské Hole – the property holder. Despite the fact that Martin claimed to have done so, it assigned the property under a different company name.