REFERENDA are the truest form of democracy, but the most important votes in Slovakia, and in most of today’s consolidated democracies, come as the public elects representatives to political office. 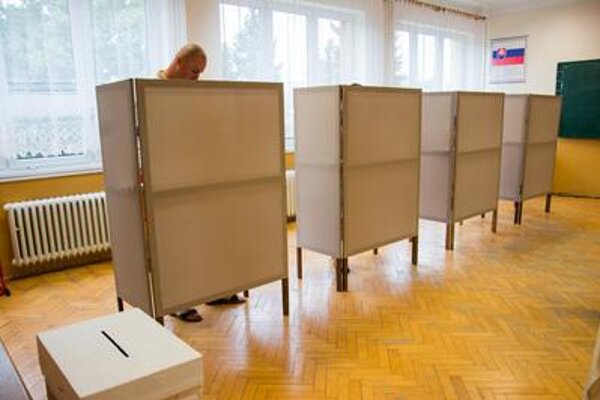 On any given day public opinion is likely more extreme than it is over the long term and elections every few years are meant to have a moderating effect on otherwise radical policy shifts based on inconsistent public opinion. Elected representatives are further limited in what they can do by a constitution. This provides additional stability to the political system by establishing reasonable bounds within which lawmaking takes place — and protects against potential tyranny of the majority. The combination of all these attributes make for a constitutional democracy, a form of government which includes public voting, but also a series of checks and balances.

The people of Gabčíkovo recently held a referendum and overwhelmingly rejected a government plan to temporarily house refugees in an unused camp facility. The vote has no formal power, but reflects the current anti-immigrant mood in Europe. This feels particularly strange in Slovakia, which has ample experience with emigration but almost none with immigration.

Gabčíkovo’s democratic spirit, if not the result, is admirable. Still, for it to amount to anything like policy, Slovakia’s very system of government would have to change. If people in Gabčíkovo are unhappy with the policies of the current government they have a right to make changes — by voting for another party in the spring general election. There will be no shortage of politicians rushing to play the anti-immigration card in the meantime — in fact there is no other message out there. 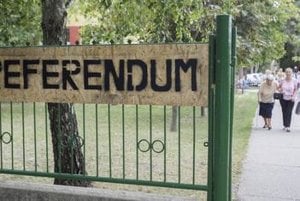 Even as it agrees to temporarily house and handful of migrants in Gabčíkovo for neighbouring Austria, the governing Smer party is vaguely anti-immigrant. This is politically convenient and the party remains great at politics, but less so at governing. This continues to be enough to outpace opposition parties, which are incompetent at politics, lack experience in governing, and on the immigration issue — like many others — offer no viable alternative.

To convince voters to change their votes it is necessary to critique principals not technicalities, but on immigration the opposition comes with convoluted hogwash about the need to respect voters while keeping promises— the government’s current policy.

No mainstream political party is honest with Slovak citizens over the immigration issue. All will run in the election on platitudes about dealing with “root causes” of the migrant crisis. None mean to actually deal with those causes, like civil wars in Syria and Libya.

What will follow looks inevitable. Even as the Slovak government — no matter the party in charge — is rhetorically critical of migrants, it also falls in line with an eventual larger European policy of resettling refugees. More, not fewer, immigrants will come to Slovakia. Political leaders failure to communicate means more tensions and problems will occur than are necessary. The failure to develop implementable policies to cope with reality does the same.

Slovaks don’t know what it is to have immigrants, but they know they are against it and political leaders are doing all they can to make these fears a self-fulfilling prophecy. Slovakia has elections, and a constitution, but — at least on this issue — another key tenet of a functioning constitutional democracy is lacking: a well informed electorate.