THE NETHERLANDS is a country making foreign investments, with Dutch investors still seeking new markets, and the region of central and eastern Europe is still in their focus. 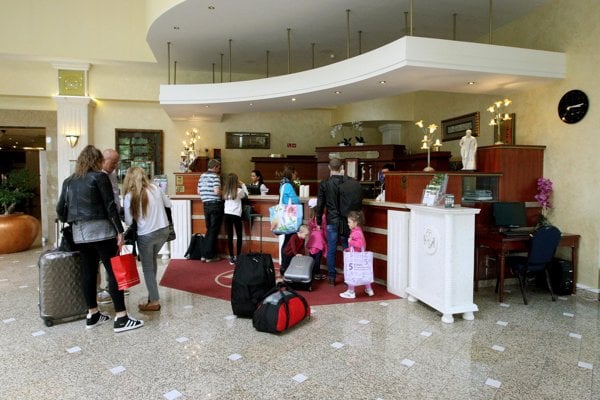 The interest of Dutch investors in Slovakia was higher in 2014 than in the previous year said Richard Dírer, spokesperson for the Slovak Investment and Trade Development Agency (SARIO).

“Dutch investors scrutinise new markets, especially when they are looking for new customers, and they also expand their production to these markets,” Dírer told The Slovak Spectator.

The Dun & Bradstreet database currently registers in Slovakia 590 companies with parent companies based in the Netherlands. Among the biggest are Heineken, Philips, Unilever, Probugas, ING Bank, Inalfa Roof Systems, and UPC.

When promoting Slovakia as a business location to potential investors, SARIO cooperates with the Slovak Embassy in The Hague, the Dutch Embassy in Bratislava, and also the Netherlands Chamber of Commerce. This collaboration has resulted in successful completion of 18 projects since 2002 when it was established. Total invested capital amounts to more than €300 million and more than 2,686 jobs have been created in Slovakia.

Though the Netherlands belongs among the biggest investors in Slovakia, there are still areas where the mutual collaboration can be expanded. One sector to be watched closely is the digital sector said Richard van Rijssen, the Ambassador of the Netherlands to Slovakia.

“The Netherlands is strong in both hardware and software,” Van Rijssen told The Slovak Spectator. “The largest chip maker in the world is a Dutch company, we are a country that has a huge software industry; for instance we are the second largest producer of video games in the world.”

He also sees opportunities for small and medium-sized companies working in Slovakia, for example in the development of new software, as well as in research and development of hardware.

There are also opportunities in connection to the automotive industry. In Slovakia, that industry depends mainly on the assembly of parts made elsewhere, which renders the added value relatively low, according to the ambassador.

Potential for further cooperation also lies in the electrotechnical industry, in addition to the processing of pharmaceuticals and tourism, Dírer said.

Van Rijssen also points to the importance of the service sector.

“Being part of a competitive market requires solid banking, transparency in the insurance industry, strong legal and consultative support,” the ambassador added.

Van Rijssen said that eight out of 10 Dutch citizens are employed in the service industry and this will also happen in Slovakia and it must be ready to adapt Slovak education to this service-geared economy.

“Slowly but surely, manufacturing will go to countries that have cheaper labour so Slovakia will have to find alternatives,” he stated.

“The service sector is where we will make a large part of our money in the near future. That is the reason why both Slovakia and the Netherlands will promote the digital market in the EU.”

In addition, the Netherlands is still the second biggest agricultural exporter in the world, though their exports are mainly high-value products. Research and development are the backbone of Dutch agriculture, the ambassador said.

“Joint investment in research and development and in education opens new perspectives in that and other areas,” Van Rijssen said. “It will give a boost to investment and to well-paid employment in Slovakia.”