Slovakia successful at the 2015 Special Olympics

WITH eleven gold, a dozen silver and eight bronze medals the 2015 Special Olympics held in Los Angeles from July 25 to August 2 was the most successful event of its kind in modern Slovak history. 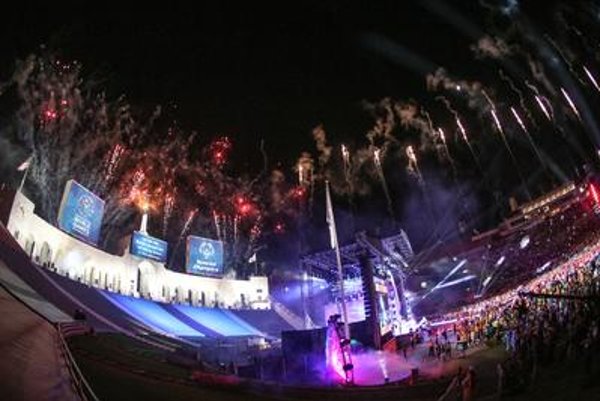 The Special Olympics World Games was the largest sports and humanitarian event anywhere in the world in 2015 with 6,500 athletes and 2,000 coaches representing 165 countries, along with 30,000 volunteers, participating, according to the organisers’ press release.

“The opening ceremony was great,” said František Graňo, father and coach of Slovak participant Filip Graňo, as quoted by the Sme daily website. The First Lady Michelle Obama officially opened the games. Flag rising and the lighting of the Special Olympics Flame of Hope was also part of the ceremony.

Mr Grano’s 17-year old son Filip won silver in English Equitation competition at the Olympics. Filip, who suffers from Down Syndrome, also competes against healthy athletes, he is sometimes faster than them and recently won an Extreme Cowboy Race competition, according to his father, quoted by Sme daily.

“Since his childhood Filip has been saying that he would win in the USA and he has succeeded at the age of 17 at the Special Olympics,” Graňo said, as quoted by Sme daily.