FOREIGNERS living in Slovakia should have a say when integration policies for migrants are being discussed and passed, say civil society organisations that recently proposed a set of policies regarding human rights and minority issues they want included in the election programmes of political parties in the upcoming parliamentary elections. 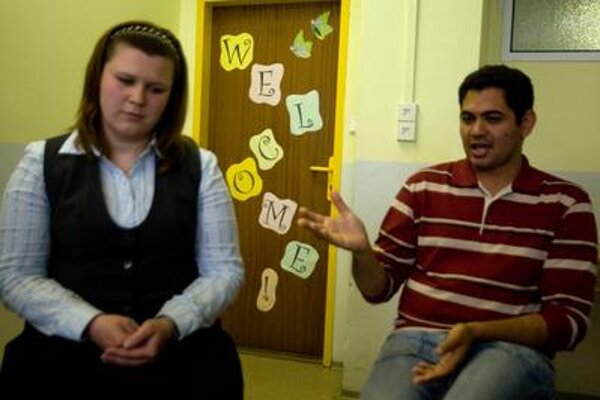 Non-governmental organisations and individuals gathered within the initiative Slovakia for All (Slovensko pre všetkých) put together a list of measures they believe the next government should introduce to improve the protection of human rights in Slovakia for all citizens in general, and for a number of specific minorities in particular. The document was released on July 27. Since then, three of the major parties have responded.

“Parliamentary elections are an opportunity for political parties to prepare to solve the situation of excluded and marginalised groups of people living in Slovakia,” the members of the initiative stated in the document.

While the document is public and available to all political parties in Slovakia, the initiative members specifically addressed all parties that are statistically significant, those that typically appear in voter preferences polls, according to Jarmila Lajčáková from the Centre for the Research of Ethnicity and Culture (CVEK) think tank, one of the NGOs that is part of the initiative, as cited by the SITA newswire.

The measures that the NGOs propose are divided into six categories. Beside some general measures that include the reintroduction of the post of deputy prime minister for human rights, which the current government dropped, or a new law on the National Human Rights Centre (NSĽP), the NGOs suggest a number of measures to help the Roma minority as well as the LGBTI community, women, migrants, and people with disabilities.

The political campaign ahead of the elections is expected to start in a higher gear after the summer break. Days after the NGOs presented their recommendations, amid high holiday season, only three major parties had responded to their call.

Two other parties, Sieť and the Christian Democratic Movement (KDH), contacted the authors of the document, Lajčáková told SITA. While KDH pledged its working groups will consider the proposed policies, Sieť politicians were interested in the measures aimed at Roma communities.

The biggest section of the document is devoted to Roma, as the NGOs point out that some individuals do not have even the most basic rights secured, including access to drinking water or equal access to health care. In the area of education, the NGOs suggest the state should ensure free pre-school for all children whose parents show interest in it, as well as a set of measures to start the process of desegregation of Roma children in schools.

With regard to women, the initiative pointed out that Slovakia still has not ratified the Istanbul Convention on domestic violence and called on the political parties to pledge its speedy ratification after the elections. The NGOs also called for life partnerships to be established by the law that would secure equal rights for non-heterosexual couples.

The authors of the initiative also proposed a set of measures affecting migrants. Slovakia should update and implement its integration policies towards foreigners who reside in the country, so that it includes, among others, also conditions for political participation by migrants, which is one thing that has been absent from Slovakia’s integration strategies so far according to the document.

While foreigners with permanent residence in Slovakia can vote in municipal and regional elections, they are not allowed to join political parties or create political associations, and they are not systematically participating in the process of creating integration policies, the document states. The NGOs proposed a new consulting body to be created at the government’s Council for Human Rights in which migrant communities living in Slovakia would be represented.

“Its members should be foreigners with various types of residence permits so as to take into consideration the variety of their positions, situations, and challenges that foreigners in Slovakia face,” the document states.