ABOUT 50 artists and civic activists marched in downtown Banská Bystrica on August 7, in a mock “Culture Funeral”, symbolising a protest against cancellation of the 11th annual festival Days of Dance for You (“Dni Tanca pre Vás” ) and a threat to the existence of the Divadlo Štúdio Tanca (Theatre Studio of Dance). 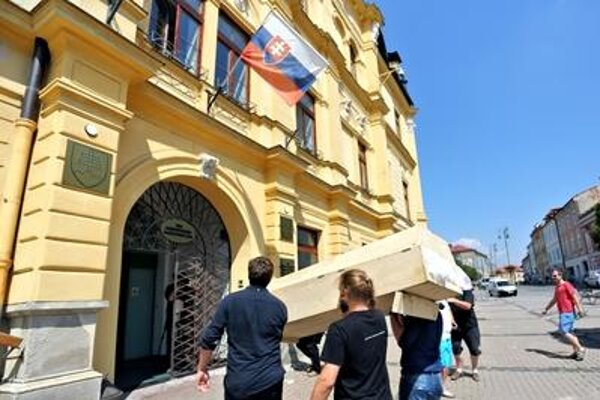 The protest was held from 13:00 on, on the local SNP Square Banská Bystrica, the Sme daily wrote.

Banská Bystrica Region (BBSK) Governor Marian Kotleba prompted the action by refusing to sign agreements on drawing contributions the Culture Ministry has already assigned for the theatre. During the August 7 BBSK council session, activists demonstrated in front of the BBSK headquarters, but in vain, as Kotleba failed to arrive. Most of the activists came from Bratislava and Žilina where similar dance troupes operate. 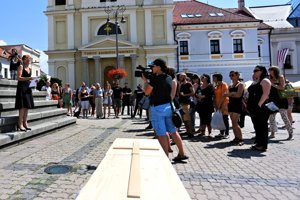 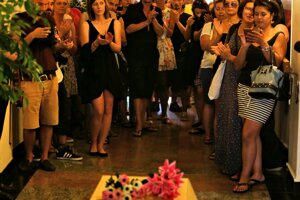 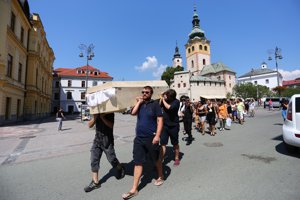 The money for the festival was already approved for allocation by the Culture Ministry but Kotleba refused to sign the donation, arguing that he is not interested in the development of this genre of decadent art, therefore he decided against the aforementioned donations. He also argued that a local puppet theatre – Babkové divadlo na Rázcestí / Puppet Theatre on the Crossroad – with many more employees, get only half the donation of the dance theatre.

“BBSK Governor [Kotleba] isn’t interested in the development of this genre of decadent art, therefore he decided not to sign the aforementioned donations," BBSK office director Milan Uhrík informed the TASR newswire. He added that in the case of donations from the Culture Ministry, it is money contributed by all taxpayers, and therefore has to be spent responsibly. 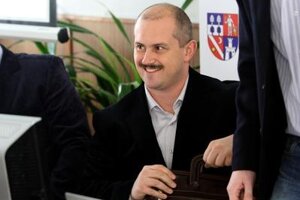 Read also:Kotleba may be stripped of power to administer EU funds Read more

Head of the theatre, Zuzana Hájková, is first of all surprised by the evaluation Mr. Kotleba and the BBSK make of the art her troupe produces, as he – despite repeated invitations – has not seen a single performance of DŠT.

Director of the famous theatre Divadlo Potôň from Bátovce, Iveta Ditte Jurčová, told Sme that she perceives the protest as a nation-wide action, as a similar wilful decision can come any time and in any region.

“Such a dictatorial arbitrariness smells of fascism, and of Mussolini,” organiser of the protest and director Viera Dubačová told Sme. “The man is bracing himself for parliament, and thus, this incident is a matter for us all.”

The BBSK session also had to be scrapped, due to the absence of governor Kotleba, who authorised independent councillor Jozef Šimko to lead it. However, most councillors abstained from voting when approving the agenda of the session, and thus, it had to be scrapped. According to the current rules in effect, Kotleba should summon another session within two weeks, the SITA newswire wrote.

The Culture Ministry announced it is unhappy that Kotleba refused to
advance the subsidy approved for Divadlo Štúdio Tanca; but it added
that if he does not sign the allocation, the region has to return the
money to the ministry. BBSK and Kotleba must not use the resources for  another purpose or other cultural venue (as Kotleba and his officials
had hinted previously). The ministry added, as quoted by Sme, that it
had carefully considered allotting the subsidy and sees no failure in
artistic value of the theater production and the festival involved.