ONE OF the biggest Roma festivals, Gypsy Fest – World Roma Festival, has come to draw crowds in the streets of Slovak capital. The programme of its eighth year included various types of events, meant to connect Roma and non-Roma. 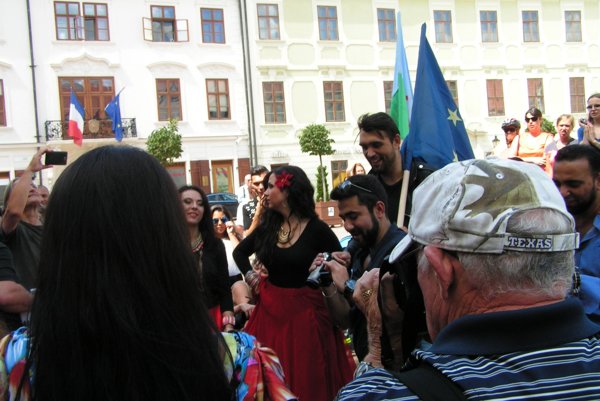 It included Gypsy music and theatre, a parade, a presentation of successful Roma and more, the festival’s spokesperson Monika Komorová informed the TASR newswire.

On the opening night of July 29, in the spirit of Roma traditions, a play including a Roma/non-Roma wedding was performed at the Nová Scena theatre at studio Olympia. “When we asked famous Slovak actors to support our theatre project, they agreed immediately, even without being paid,” festival head Jozef Šivák said. “It’s important for us that publicly accepted people participate in the festival. Only thanks to them can we manage to change the stereotypical, negative view of the Roma.” Roma youth from settlements also performed in the play, as well as taking part in a Roma Theatre Workshop.

Gypsy Fest continued on July 30 with an event called “The Roma as You’ve Never Known Them”, in which Roma soldiers, police officers, nurses and medical assistants presented their work on Bratislava’s Main Square. A dancing-singing show Gipsy Baron also took place there, at 20:00.

“We play for small events and big festivals, tours in Latvia, Lithuania and Poland – and maybe now we could even come more to Slovakia,” violinist Kasper Pudniks of the band Sare Roma which played the Gypsy Baron show and also in the gala-programme. “We play everywhere. Our audience is just about everyone, too, but Roma not that much; they know this music, can play or sing it themselves, so for them it is not so sensational.” Pudniks added that they deliberately made the project as a big show where everyone can pick what he likes: “one needs romance, one needs dance, one needs guitar, one needs violin… and they can choose”.

The violinist said that the performers come from many different countries, and they also draw different inspiration from their due Roma folklores. 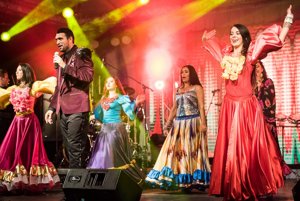 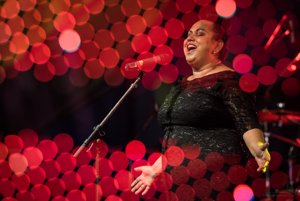 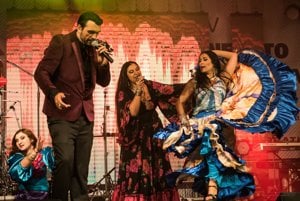 The next day, Sare Roma also participated in the parade along Bratislava streets at 13:00 and played in the evening, together with several well-known bands from Slovakia, the Czech Republic, and Hungary, with the main star being German singer Ricardo Kwiek. Especially among Roma audiences, he evoked emotions reminding of Beatle-mania or Michael Jackson’s fans. Other performers included Imperio, LeRom, and local band Sendreiovci. 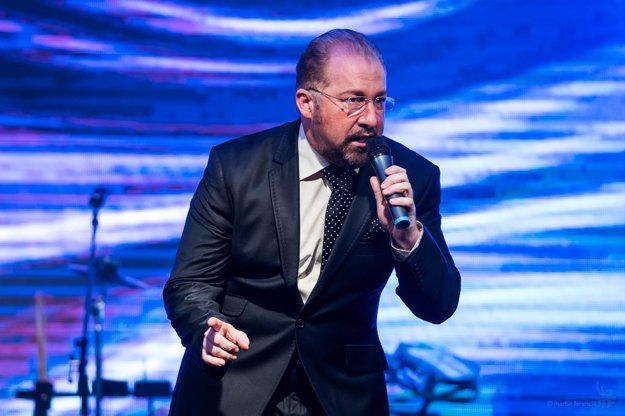 “From my point of view, this year was very successful, with positive responses to all accompanying events; this did not happen in previous years,” Šivák summed up for The Slovak Spectator, adding that he deemed it crucial that the festival was highly publicised in national media, sending positive messages to “mainstream” viewers and listeners that could replace the usual negative coverage about Roma.

Šivák praised the presentation of successful Roma, saying that organisers would like to continue this; as for the wedding re-enactment, he said that they probably would organise something different, which could again show the typical habits and traditions of this minority.

As for the musical dramaturgy, Šivák commented that after last year’s focus on Roma-pop, this year they wanted more traditional music of this genre. However, he did not reveal a clue for the next edition, explaining that many bands offer their performance for next year already now, and they can select.

“As for audiences, before the festival moved from the East to Bratislava, it was mostly Roma,” Šivák said. “But now the core of them is non-Roma –and we are thankful for that, as this is the main goal – to change the image of Roma among majority and draw attention to their culture, life, positive role models, and more.

Gypsy Fest – World Roma Festival has been organised in Slovakia since 2008. Artists from 17 countries have appeared there. It is one of the four largest Roma festivals in the world, according to organisers.