CUSTOMS officers seized over 130 kilograms of mineralson August 10, most likely amber, that a Ukrainian driver and a Hungarian co-passenger sought to smuggle into Slovakia through the Vyšné Nemecké border crossing in Košice Region. 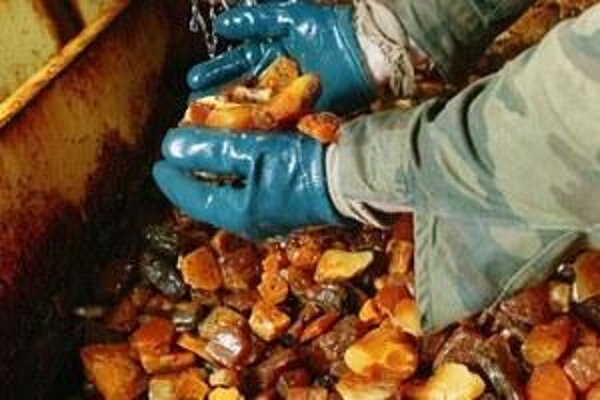 “Neither of the two men declared any items for import,” said Klára Baloghová, spokesperson for the Customs Office in Michalovce, as cited by the TASR newswire. “However, a detection dog specialised in detecting tobacco was deployed. The sniffing dog detected the right-hand side of the luggage area as suspicious as well as the car’s floor.”

The car was then subjected to a thorough inspection, whereupon 22 packs of what is probably the fossilised tree resin known as amber were found.

As the two men failed to declare the items and were unable to present documents proving the origin and value of them, the minerals were seized.

Baloghová added that while it is legal to import amber to the European Union, the items need to be declared.