Horse wagon parade should be inscribed on UNESCO intangible-heritage list

THE HORSE wagon parade, the representative event of international folklore festival Jánošíkove dni / Jánošík’s Days, should be included on the list of intangible cultural heritage of UNESCO. 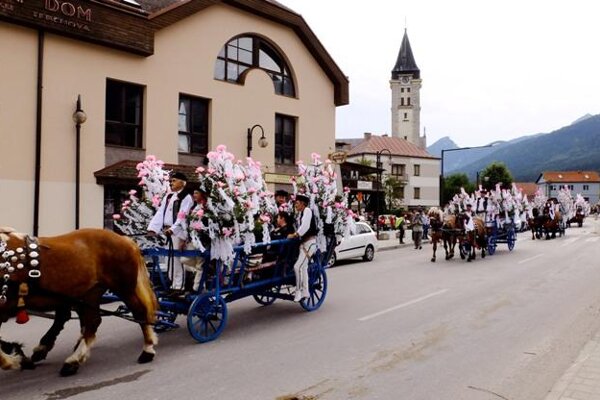 The 48th year of the festival which takes place in Terchová also included this typical feature which, however, is much older.

“It [the horse wagon parade] has always been connected with the folk tradition of Terchová weddings, but also with the music of Terchová – which is already inscribed with UNESCO for two years,” chief artistic advisor of the festival, Peter Cabadaj, told the TASR newswire. “We decided to do everything possible for the horse wagon parade to be honoured like this, too; as it fulfils all the attributes of being listed as intangible cultural heritage. We have started processing the documents, looking for historical sources, documentation, and our first mission is to get it on the list of intangible cultural heritage of Slovakia. And if we succeed, then also on the UNESCO list.” 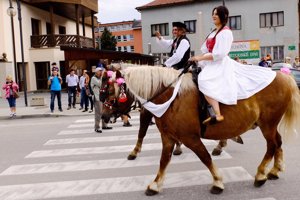 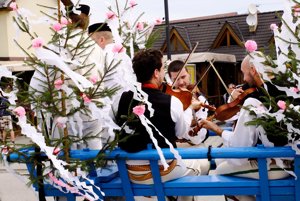 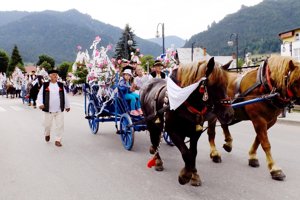 “I clearly remember the horse wagon parade when I was a small boy,” Terchová mayor Milan Laurenčík said, adding that he attended Jánošík Days even then. “Back then, it was something new, reminding of weddings from the past in Terchová, when the bride used to be ridden in on a horse and a decorated wagon. Cabadaj added that the horse wagon parade in its current form has been customary in Terchová at least since mid 19th century.

He described the horse wagon parade as based on the principle that each farmer has at his disposal both horses with a decorated wagon, and musicians: whether a local Terchová band, or some guests of the festival. After the first part of the parade ends, the farmer/dragster with musicians stand under the Jánošík statue and play in the show called Introducing Dragsters and Musicians – and the farmers sings with the musicians, thus deepening the symbiosis between him and the performers.

“There is this continuity,” Cabadaj stressed, “and a deep connection between tradition, close ties to the soil and patrimony. There is a multi-generational exchange/succession – there are farmers of all generations here.” A key fact is – that this phenomenon has ever since accompanied cultural events in Terchová and in this region, the advisor added, that serves to reinforce the impression of Terchová folk musicians. Original music from Terchová and the horse wagon parade are two vessels that can in no way be separated. Thus, they both rightly belong on the UNESCO list,” Cabadaj stressed.