A MOM with young kids has bemoaned the lack of elevators in old apartment buildings in Slovakia, losing her sanity many a time on the long trek up to the third floor. But, she finds out, there is a positive result, though it took years to see it. 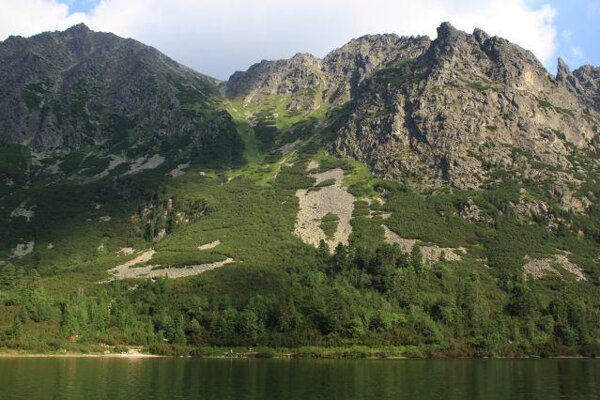 I stared up the stairwell, wishing again that we lived on the ground floor. Life would be so much easier there than on the third. I had a baby in a sling, two hands full of grocery bags, a toddler having a meltdown, and I wanted to go home. This was a common scenario, and more than once I added my own tears to the mix.

Our building only has four floors and, as all such small apartments built in the socialist style, has no elevator. Apparently there is a fine for not having an elevator, but it hardly helps the residents.

“What do you want an elevator for?” scoffed my husband. “Then we would have to pay more in communal fees.”

Well, it would be helpful when a child falls asleep in the stroller. Do I wait with the child until she wakes up? Do I leave her to sleep at the bottom in the stale air? Do I break my desire to never wake a sleeping child and carry her upstairs?

I tried to be positive about it, and called it my own personal gym. No skipping out of going to the gym for me. My kids learned to count to eight early (each flight of stairs had two sets of eight).

Sometimes, however, having an elevator is almost as much work. The old style of elevator had narrow double doors that had to be manually opened and closed. If someone didn’t close the door behind them properly, the elevator wouldn’t move. So many times, my English students told me, they would be at the bottom of 14 floors with an armful of groceries and the elevator was stuck somewhere on level 11.

Then I was expecting twins. Those stairs centred in my anxious wonderings of what having twins was going to be like. In the end, it turned out to be not so bad. Perhaps I learned more patience, or perhaps, more likely, I was merely resigned to spending half my life with small children on the stairwell. (Tip: learning to use a baby carrier makes having small children in a flat much easier.)

I’ve also become resigned to everyone knowing when we leave and enter the building, the noise of the whirlwind of children alerting our neighbours as to our whereabouts. When they look askance at the child crawling up the stairs meowing gathering a plethora of germs, I’m just glad the kid is moving in an upwards motion without crying. And when the kids run out on the concrete stairs with bare feet (bare feet on cold concrete is a cardinal sin in Slovakia), I sigh and am glad that they haven’t called child protection services.

But this summer, the result of all that stair walking showed itself. We went to the High Tatras and my kids were stellar hikers. The nine year old made it to the top of Kriváň. The nine and seven year olds braved a thunderstorm on a 23 km hike. And the three year-old twins hiked the 7.5 km up to Sedlo pod Ostrvou on their own feet, 3.5 km of it exceedingly steep. As an avid hiker who feels best up in the mountains, the fact that my children could hike that made all those stairs worth it.