Discontent with plan to use payroll taxes to finance sports

HEALTH insurers and other government ministries warn against losing millions of euros they now get from payroll taxes if a draft law that proposes using those funds to support sports passes. 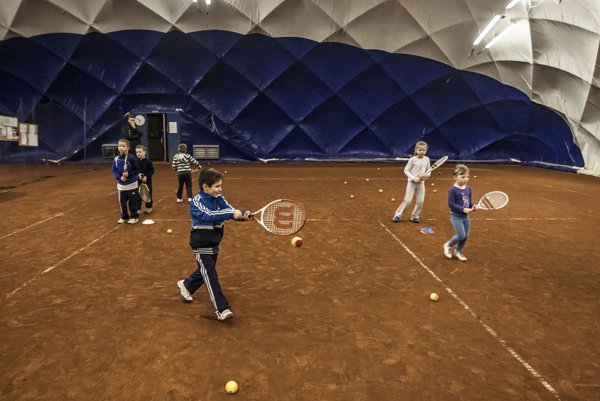 The Education Ministry received around 600 comments, with 251 of them categorised as fundamental, to its new draft law on sport. Among the most criticised provisions was the proposal to divert money from public health insurance to support sports among young people or construct stadiums. Critics also slammed the suggestion to exempt athletes from payroll taxes altogether.

Both the Health Ministry and the health insurers proposed to omit those provisions from the draft as others active in the health-care sector also disagree with the proposal.
“We consider it unprecedented that anyone other than the Health Ministry should decide on its budget,” Katarína Slezáková, executive director of the Association of the Innovative Pharmaceutical Industry, told the TASR newswire.

The Education Ministry does not want to talk about the comments as it is still going through them. Spokeswoman Beáta Dupaľová Ksenzsighová, however, told The Slovak Spectator that some of the provisions will either have to be rewritten or omitted from the draft law.

“We need to include mostly those provisions of the draft law that secure higher transparency of decision-making and finances,” Education Minister Juraj Draxler said.

Meanwhile, Speaker of Parliament Peter Pellegrini told the August 20 press conference that the proposal to establish the special fund for supporting sports was dropped from the draft.

The draft law originally proposed that the health insurers should establish the so-called prevention fund to support the development of sports. They were to send 0.25 percent of insurance payments there. Of this sum, 80 percent was to be deposited to the special account, from which the Education Ministry planned to finance the special sport vouchers for children and the construction of sports facilities, like stadiums, the SITA newswire wrote.

Another 20 percent was to be used to carry out projects to support the promotion of sports and healthy lifestyles. If the health insurer did not use the money within three months of a year’s end, it would be sent to the Education Ministry’s account, according to SITA.

The Health Ministry claimed that such a change would cause a loss of €10.2 million.

“Regarding the current financial situation of the Health Ministry, such a request is unacceptable,” the ministry commented.

It also claimed that the main task of the public health insurance is financing health and medical care. Thus, it is necessary to find other funds from the state budget to support sports.

Health insurers warned of the dangerous precedent too, saying that other ministries might possibly ask for part of the payroll taxes. They claimed there was no discussion about the proposal, and pointed to the lack of funds the ministry currently has at its disposal.

“We do not understand why the money from payroll taxes paid by people should be used for purposes other than health care,” Matej Štepianský of private insurer Dôvera said, as quoted by TASR.

Another private health insurer Union was afraid of the financial impact the provision might have. Spokeswoman Judita Smatanová reminded of other measures that have already reduced the incomes from public health insurance, like lower payroll taxes paid by low-income people, as reported by SITA.

Smatanová also said that the insurers should have the possibility to choose the preventive programmes.

The state-run health insurer Všeobecná Zdravotná Poisťovňa did not consider it possible to allocate money designed for health care for other purposes and support of the selected group of policyholders, as reported by SITA.

Analysts were also critical of the proposal. The government should allocate money to support sports directly from the state budget, analyst with the Institute of the Economic and Social Reforms (INEKO) think tank Peter Goliaš told the Sme daily.

No taxes for athletes

The Education Ministry also suggests exempting athletes and sports experts from paying payroll taxes, and making the state pay instead. This means that the health insurers would receive less money. The difference between the payment from the state and from an ordinary employee is about €60 per person per month, the Denník N daily wrote.

Now, the state is paying payroll taxes for those who would have financial problems to cover the payment, like children, seniors, unemployed, or mothers on maternity leave.
“We do not assume that sportsmen and sport experts are a socially dependent group,” the Health Ministry wrote in its comment.

Moreover, if the living conditions of these people worsen and they start drawing material need benefits, the state will pay the payroll taxes instead of them automatically, the ministry added.

In addition, athletes are risky clients for health insurers and the costs of their treatment in case they are injured are much more expensive than those of ordinary clients. The amounts are higher also because of chronic problems, Dôvera officials said, as reported by Denník N.

The Finance Ministry added that if sportsmen and sport experts were exempted from the payments, also other groups would probably ask for the same in the future, Denník N wrote.

“The draft law considers a sport expert to be anyone who helps athletes or cooperates with them, for example a parent who accompanies his or her children to competitions,” Dôvera wrote in a comment, as quoted by Denník N.