Psychologist tells of Othello from Horehronie and other Slovak stories

A PSYCHOLOGIST, university professor and expert witness who also writes non-fiction about criminal cases, Anton Heretik spoke to the Sme daily about some of his cases, while also exploring the foundations of evil and of crimes. 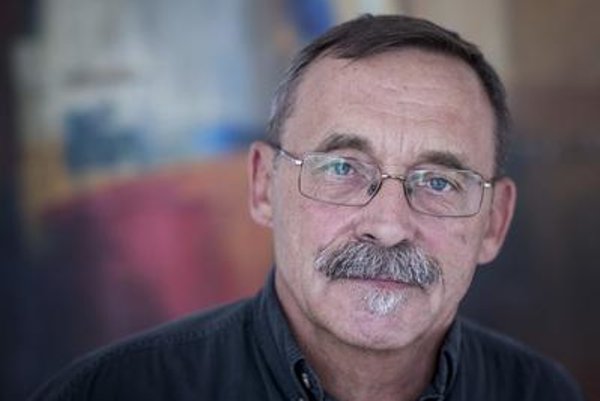 In an interview, Heretik recalled his first encounter with a murderer; an ordinary man from the Upper Horn – or Horehronie – region whose best friend started to sleep with his wife. One night, returning from a pub, they started fighting and the jealous husband stabbed his rival in his heart, ran to call the police and when led back to the crime site, he stood over the dead body of his friend and said: “Jano, I am innocent; you are innocent – it’s the whore who is guilty.”

“I had goose bumps, then I read this in the case file,” Heretik recalls. “I told myself – this is a Shakespeare in Horehronie – and I envisioned the perpetrator as a robust Othello, noble and hating. However, the man I was supposed to examine was a thin, tired small man who did not understand at all what he had done. It was the moment when I realized how many prejudices we do have about the behaviour, motifs of people who commit such crimes.”

The forensic psychologist also talked about the case of serial murderer – probably the worst know in Slovakia’s history – Ondrej Rigo who killed and raped eight women. Heretik admits that when making his psychological profile, he was wrong in at least two things: Rigo was shockingly cool and emotionless during the whole investigation, never confessing anything that was not proven by DNA analysis. And the killer had not committed any sexual crimes before the first murder running contrary to psychologist’s expectations.

The mode in which he committed the sexual crimes was launched only during his first murder, he started liking it and repeated it later.

About another highly publicised Slovak criminal, the “cannibal from Kysak”, Heretik said that the man (shot and killed during his detention) inclined toward cannibalism since his childhood years, and was a necrophiliac sadist. However, he was relatively able to hide his secret passions and showed the face of a careful family man towards the outer world.

“In his case, the world of mass media and internet played crucial role,” Heretik said, adding that he had felt left alone and lonesome with his inclination, but suddenly found out, via the internet, that there are a lot of information, and many people sharing his deviation. He even found his victims, whom he killed and partially ate, through the internet. Had it not been for this virtual source, his fantasies may have played only in his head.

Most “Hannibal Lecters” are no geniuses, or well-educated and refined gentlemen, Heretik warns, citing the popular film mass murderer. If they have anything in common with this hero at all ,then it is aggression and sadist inclinations, rather than interest in visual art, he added.

Asked about the phenomenon of attraction such criminal have for women, like the Czech alleged murderer and prison-escaper Jiří Kajínek, or rumoured Slovak gang-leader Mikuláš Černák, Heretik believes that this lies partially in the publicity the cases get in media. But he adds that there is a deeper and more tragic explanation – that of evolutional psychology.

People – as well as many animals – tend to seek for features like aggression, ability to bring food, to protect own territory and to be the strongest in a pack when seeking a match. Thus, these “Alpha-males” are often impressive for women, he said. The tragic fact is that women expect these men to be aggressive only towards others – and not themselves. However, the experience shows that later the woman also becomes the target of aggression; which is also frequent in cases of domestic violence.