Roma band to play for Rudolf Perina, US Chargé d’affaires

THE US CHARGÉ d’affaires in Slovakia, Rudolf Perina, is to visit the municipality of Moldava nad Bodvou, in eastern Slovakia, on August 13. 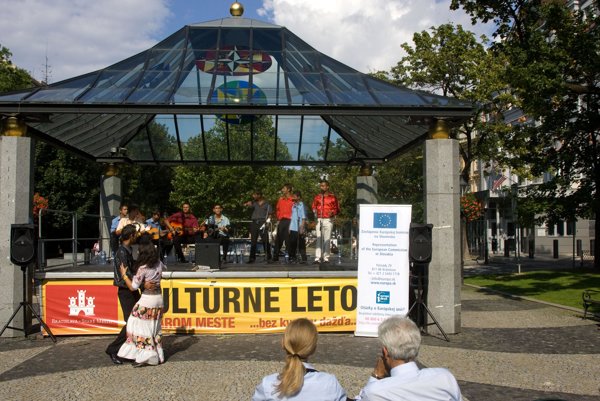 In the afternoon, Perina will meet Slavomír Borovský, the local mayor, visit the local community centre and listen to Roma band Chalani z Chatrče (Boys from the shanty) perform in the settlement of Budulovská, the SITA newswire wrote.

Chalani z chatrče is a group of five young Roma from the Budulovská settlement who have already played at the popular music festival Bažant Pohoda 2015, as well as in the Slovak national Theatre – together with the Divadlo z chatrče theatre.

This week Perina has already met Vladimír Ledecký, the mayor of Spišský Hrhov, who has been employing Roma for several years. According to Ledecký, their work has contributed to the development of the infrastructure in Spišský Hrhov.

Moldava nad Bodvou first came to the attention of the public two years ago, after a dubious police raid; later, a concert was organised for the village to bring together the Roma and non-Roma communities but the mayor did not allow it to happen there.

The investigation of the raid has not brought clear results yet, with nobody being charged.