THE SLOVAK Specialised Criminal Court on August 13 sentenced a Czech businesswoman identified as Eva Z. to nine years imprisonment for masterminding the murder of her Slovak husband, Ľudovít T. 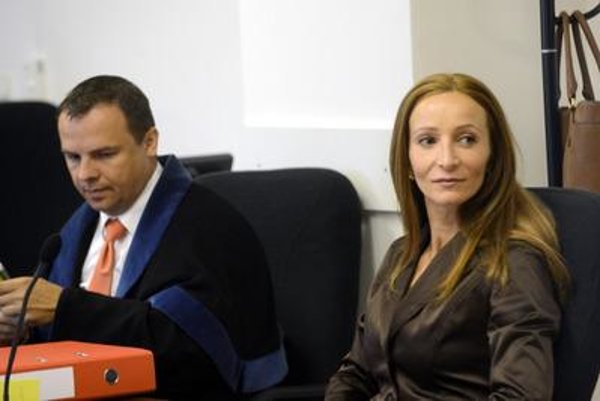 The defendant and the defence can still appeal the verdict, the SITA newswire wrote; and if they do, the case will proceed to the Supreme Court.

Eva Z. allegedly planned the murder with an acquaintance, known as Martin A, on January 15, 2014, offering him €50,000. However, he reported it to the police and became the principal witness in the case. Eva was supposed to provide a weapon, but as she failed to do so, she asked Martin A. to strangle her then husband with plastic tape and a rope. She showed the basement of their family villa to the witness and set the date of the murder of Ľudovít to be January 24, which would have been two months after their wedding, the TASR newswire wrote. She planned to pronounce her husband dead after two years (as his body would have been missing) and to dispose of their house without having to pay him off.

Police staged the alleged murder of her husband in Chocholná Velčice.

The Czech businesswoman who had a florist business in Slovakia pleaded not guilty right from the beginning and also refused a plea bargain. She stressed repeatedly that she would have no financial advantage from the death of her husband: he allegedly agreed to pay her €80,000 for her share of the house; and if she paid €50,000 for the murder, the rest would not be a sum worth murdering for, she argued. her assets are much bigger, Eva Z, added. She suspects either Martin A. who owed her money, or her husband of conspiring to get her jailed. She and her lawyer pointed to the contradictions in testimonies, lacking or low quality sound and video recordings, stressing also that the key witness’ testimonies are inconsistent and not proven by any direct evidence.

Eva Z. was detained on January 24 last year and taken into custody on January 27. There she discovered that she was pregnant with her new partner and was released in August to give birth to her daughter in September. She was recently on maternity leave in the Czech Republic.