SOKOL, the organisation that promotes physical and mental fitness, was one of the biggest phenomena that accompanied the birth of Czechoslovak state and its first years – in fact until the World War II. 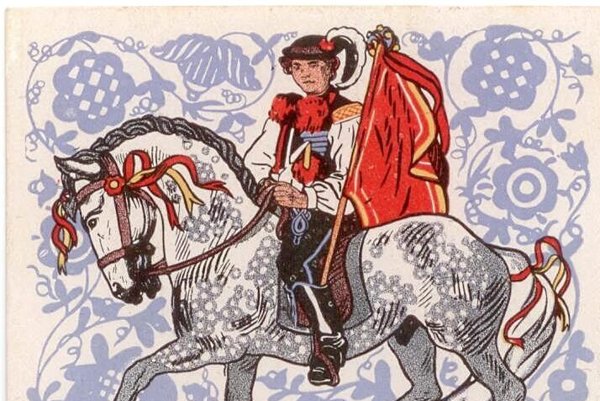 Sokol first appeared in Bohemia and for Czech enthusiasts led by Miroslav Tyrš, the German Physical-Exercise Union, Deutscher Turnverband, was an example. In Slovakia, Ivan Branislav Zoch led the movement, but it must be said that it did not reach the same popularity as it did in the Czech lands.

Behind its establishment, there was the strong nationalist and revivalist idea. Neither Czechs, nor Slovaks had their own army in those days, nor any independent armed forces. It seemed that people felt that they need physical support to pressure through their efforts for national, cultural and linguistic independence. And this happened, as the core of the Czechoslovak Legions in the World War I was formed by the Sokol unions.

Immediately after the first republic was established, they operated as national guards: they helped fill the gap that appeared after the solders of the Austro-Hungarian Empire left. Many armed, frustrated soldiers were returning from the battlefields of the World War I, and violence spread.

When the communist units of the Hungarian Soviet Republic (or Hungarian Republic of Councils) raided Slovakia in 1919, the young republic – formed in October 1918 – was able to resist thanks to the deployment of a regiment of 10,000 troops of Sokols from the Czech part of the republic. After combat ended, Czechs remained in Slovakia and helped to found the organisation’s local branches.

This postcard by Czech painter Vladimír Kotva dates back to 1921 and is a reminder of Sokol festivities that took place that year in Bratislava. Participants were particular about demonstrating their power and unity outwardly. The horseman is clad in Moravian folk costume and the ornaments in the background are probably also from this region.

The author of the short poem at the bottom is Jozef Miloslav Hurban, one of the key personalities of Slovak national revival movement. The nationalism is evident but it reflects the situation in Sokol, which accepted only Czech and Slovaks – or members of other Slavonic nations – in their ranks. For example Jews were not allowed to join.