NOT generous subsidies but existing know-how and network of sub-contractors, experts and analysts argue was the reason for Jaguar Land Rover opting for Slovakia as the preferred location for a new €1.4 billion plant. 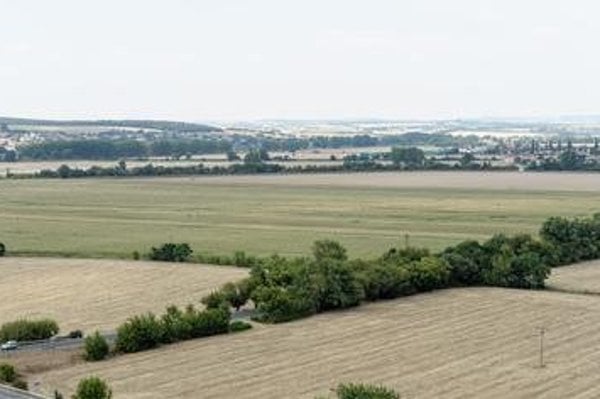 “Paradoxically the high concentration of the automotive industry is one of main official reasons of the arrival of Jaguar Land Rover,” Boris Fojtík, analyst of the Tatra Banka bank wrote in his memo, recalling that if materialised this would be the biggest green-field investment in Slovakia in the last seven years. 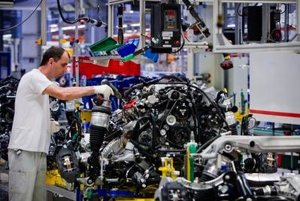 The Jaguar Land Rover carmaker (JLR) announced the selection on August 11 while it has already signed a letter of intent with the Slovak government for the potential development of a new manufacturing plant in the city of Nitra in western Slovakia, the company wrote in its press release.

“With its established premium automotive industry, Slovakia is an attractive potential development opportunity for us,” said Ralf Speth, Jaguar Land Rover's CEO, as cited in the press release.

The feasibility study underway with the Slovak government will explore plans for a factory with an installed capacity of up to 300,000 vehicles over the next decade. As part of Jaguar Land Rover’s commitment to deliver more lightweight vehicles, the plant would manufacture a range of aluminium Jaguar Land Rover vehicles. It is anticipated that the first cars will come off the production line in 2018.

Poland’s Krakow was considered to be its biggest rival in winning the investment and Polish officials contend that generous subsidies from Slovakia led to the carmaker’s decision.

“At the end of the negotiations the Slovak party submitted such conditions of state aid, in such an amount, that according to our calculations continuing discussions would be pointless,” Economy Minister Janusz Piechocinski said as cited by the Warsaw Post, adding that the distribution of benefits and outlays would be irrational not only from the point of view of jobs to be created, but also from the point of view of the budget. “We are not fighting for investors at all cost.”

Slovakia can offer the British carmaker, owned by the Indian Tata Group, subsidies up to €129 million, while the carmaker can decide whether it wants to get them in cash or in the form of a tax holiday, the Sme daily wrote. Subsidies offered to Jaguar Land Rover by Krakow are unknown while Sme has calculated them at up to €181 million. The difference stems from the fact that the European Commission regards the Nitra region as more developed than Krakow.

Martin Jesný from the Slovak Automotive Institute think tank does not think that Slovakia has offered much more money to the British carmaker than Poland when he rather sees the structure of the investment package and a different added value at the question – a well-established network of suppliers and qualified workers who have experiences with production of premium aluminium car bodies, as well as the euro, Sme wrote. Volkswagen already manufactures such bodies in Bratislava.

Now negotiations about the real arrival of the carmaker will follow while the Slovak government is already preparing a strategic industrial park in Nitra.

“Based on published news, Slovakia is on the best path to this investment, but still it will be necessary to create suitable conditions for it,” Andrej Arady, analyst with the VÚB bank, told The Slovak Spectator, adding that Slovakia, in which the automotive industry is well established, should not have any problems with this.

Arady sees this investment as of a large extent that would confirm the dominant position of Slovakia in this sector. Based on ZAP estimates, the full usage of capacities of the new plant the current turnover made up of car production in Slovakia would increase by as much as one third.

“This is already a level that will positively affect also the national statistics of GDP,” said Arady.

Slovakia already has three car manufacturers, Volkswagen Slovakia in Bratislava, Kia Motors Slovakia near Žilina in Teplička nad Váhom and PSA Peugeot Citroën Slovakia in Trnava while the total employment of the automotive industry in Slovakia is about 200,000 people. Last year the three carmakres manufactured 993,000 vehicles, or 183 per capita what makes Slovakia the biggest car producer in the world based on the per capita production.

Influence on employment and wages

The new plant is expected to employ up to about 4,000 people while thousands more are expected to get jobs as sub-contractors, or in logistics and other sectors and thus reduce the 11 percent  unemployment rate in the region.

The availability of qualified labour force is one of questions drawing the biggest attention because while Slovakia’s jobless rate is currently about 12 percent, some engineering companies already complain about lack of qualified labour. ZAP itself has pointed to a danger of a shortage of qualified and skilled workers for carmakers and their subcontractors in the future and this is one of reasons why it supports efforts to introduce elements of dual education in Slovakia. Moreover, all three existing carmakers are located in more industrialised western and west-northern Slovakia, not the east.

Economic analysts are not afraid of too extensive focus on the automotive industry, when it makes up 12 percent of the Slovakia’s GDP and 35 percent of exports.

A disadvantage is that the automotive industry is a cyclical sector, but this can be mitigated. In this respect Jesný pointed out that wealthy clients buying premium cars like Jaguar Land Rover would secure a stable demand.

According to Katarína Muchová, analyst of the Slovenská Sporiteľňa (SLSP), diversification is good for a bigger stability of the economy, “but Slovakia does not focus only on one sector. Production of electric appliances or production and processing of metals belong to other significant industrial sectors.”

“In the world of globalisation small open economies are destined for specialising,” said Ľubomír Koršňák, analyst with UniCredit Bank Czech Republic and Slovakia, as cited by the Pravda daily.