Rugby and football – there is a difference

MANY people in Slovakia still do not differentiate between rugby and American football, which is understandable because neither of them has a tradition in a country where soccer is preferred. 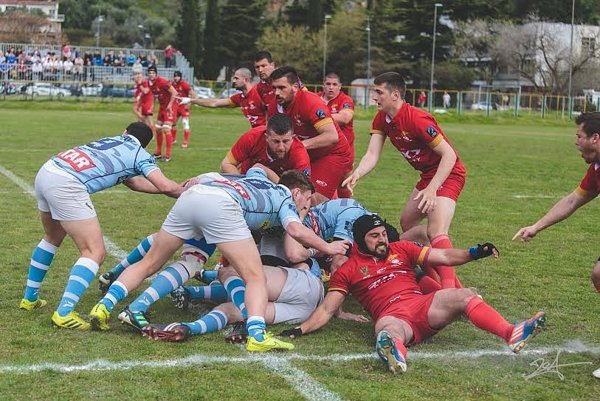 However, in recent years both of these sports have enjoyed increasing popularity and therefore the ability to tell a rugby player from a footballer should belong to the vocabulary of sport fans.

“It is the philosophy of rugby,” Vladimír Kubala, sports director of the Slovak Rugby Union, told The Slovak Spectator. “During the match, we are rivals, but afterwards both teams get together and analyse the match. It is not entirely due to the amateur platform, such cordial get-togethers are typical also for professionals.”

Rugby is played by 15 men who wear only minimal protection, whereas in American football there are only 11 well-equipped men on the field at the same time. The game flow of rugby is smoother, with fewer interruptions and the players are forced to move constantly, as it is forbidden to pass the ball forward. There are two variants, 15-man rugby and rugby sevens, a variant with seven players, which is experiencing popularity worldwide thanks to its versatility. Also, the fan base in Slovakia is growing, mainly after it was included amongst the Olympic sports for 2016.

Although there is mention of a rugby game from 1925, the official history of organised rugby in Slovakia is still in its infancy.

“In autumn 2003, a group of enthusiasts, including myself, started the first rugby team Slovan Bratislava, inspired by the World Cup in Australia,” Kubalasaid , recalling the latest history of rugby in Slovakia. “It is a game for all types of people; all body compositions find their place on the pitch.”

Since that time there are three 15-man rugby teams and seven teams of rugby sevens, while some of the teams play both versions. There are about 300 registered players, both men and women, but also many non-registered players, especially in the newly established teams, often foreigners.

Although the number of players is rising, rugby is still more popular abroad than in Slovakia and the foreigners often bring some skills to the newly established teams.

“There are foreigners on almost every team,” said Kubala. “In Slovan Bratislava we have a few Erasmus students from England and France, in Kosice also Irish and in Trnava there is a group of French players – workers of the Peugeot car company.”

The Slovak national team in 15-man rugby is currently in the third division of the World Championship. Recently, they won a tournament in Montenegro and are well on their way to progress to the second division. In rugby-sevens, both men and women play in the B division.

Kubala admitted that the conditions for the development of rugby in Slovakia are meagre.

“During the past 12 years, we were getting funding from the state for four years,” Kubala told The Slovak Spectator, adding that this year the Ministry of Education, Science, Research and Sport stopped funding on the grounds that the Slovak Rugby Union is not in the World Rugby Association – only in the European one. “Finally, we met the conditions and next year we will belong to the world federation, which should reopen the funding.”

Until that time, rugby players have to rely on their own means and donations from friends and supporters. Nevertheless, Slovak rugby looks towards the future.

“We would like to see our national team advance to a higher category of the world championship,” said Kubala.

In terms of clubs, they want to start a junior league in 2016, which is already supported by working with young talent, and play friendly matches with attractive opponents to draw a fan base.