AL Jazeera news channel has released footage showing a police raid into what is reportedly an asylum seekers centre in Slovakia to capture Hasham bin Ali bin Amor Sliti, a Tunisian national and former Guantanamo Bay inmate who was transferred to Slovakia in 2014. 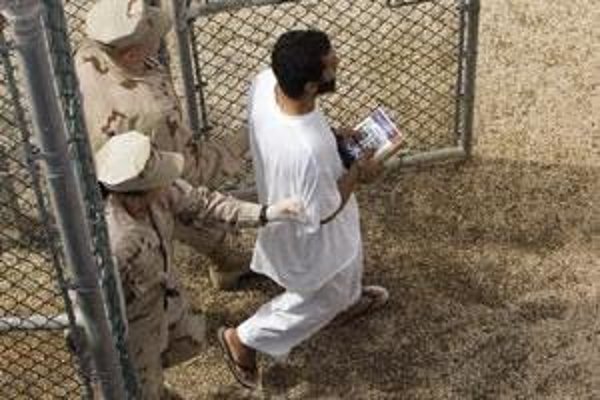 The video shows how police entered the former inmate's flat shouting at him to put his hands up and then subsequently escorted him away. Faint noise can be heard on the video, however it is not clear what caused it. Published pictures suggest that it could have been caused by the doors being broken to allow the police to enter the flat.

Plus Jeden Deň daily reported on the video on August 13. Al Jazeera reportedly obtained the footage from a man who took it from a building opposite the unidentified centre for asylum seekers and who claimed that the Tunisian national was tortured, the daily wrote.

“Immediately after this footage went public, the Interior Minister (Robert Kaliňák) should have appeared before the cameras and provided the citizens of Slovakia with all possible information”, Freedom and Solidarity (SaS) MP Ľubomír Galko stated, as quoted by the TASR newswire.

Galko also unveiled a plan to demand that Kaliňák and Police Corps Chief Tibor Gašpar be summoned to a session of the Slovak Parliament’s defence and security committee.