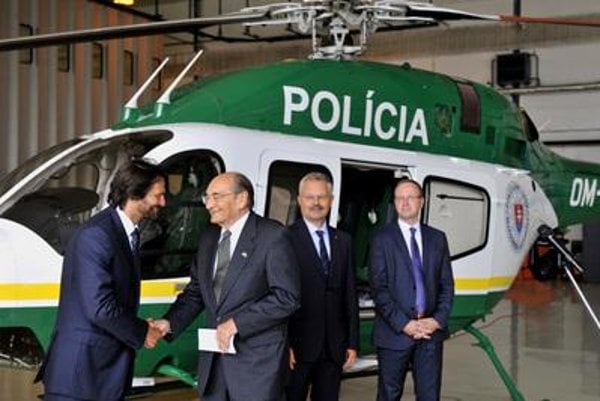 INTERIOR Minister Robert Kaliňák ceremonially accepted the keys to the chopper at Bratislava Airport on August 17.

“It’s the most modern machine on the market ... so it reflects the needs of the current period, which is increasingly more difficult for rescue units,” said Kaliňák.

The helicopter features a complete set of police equipment and is painted in the classic green and white colours of the Slovak police with the inscription ‘POLÍCIA’. 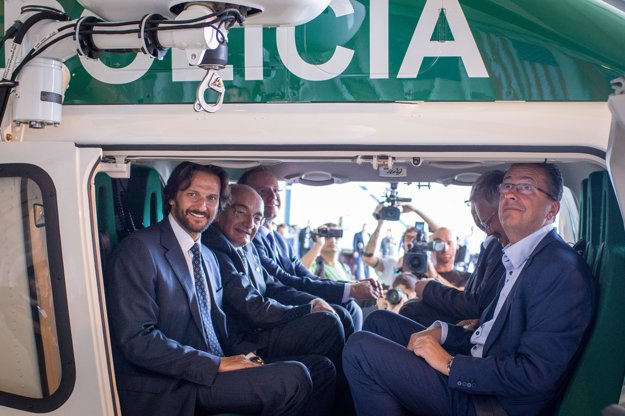 The manufacturer Bell was founded in 1935, and since then it has produced more than 30,000 helicopters.

“The Bell 429 is currently the most modern machine in its category in the world,” said Jakub Hoda, Bell Helicopter director for Europe and Russia. “These machines are very successful and very popular among individual police corps. We could mention some of the orders that we've carried out for the New York Police Department. We’re also successful in Europe, where we supply helicopters to the Turkish police corps and the Swedish police force.”

According to Slovakia’s Central Register of Contracts, the contract for the first helicopter was signed between the ministry and companies called Forward Group Integrated Ltd. and Bell Helicopter Textron Inc. The contract deals with the exchange of a used but no longer serviceable Mi-171 helicopter from 2001 (with two engines on board the helicopter and an additional unusable engine from 2000) for the basic Bell 429 helicopter model.

The value of the assets owned by Slovakia was calculated at €4.214 million, while the contract sets the market value of one Bell 429 helicopter at €5.38 million. Slovakia does not have to compensate for the difference in the two sums.