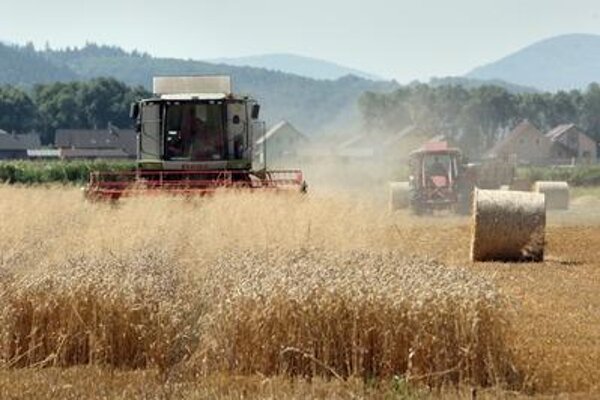 IN SPITE of the hot weather and drought, analysts of the VÚB banka expect that food prices in Slovakia will stagnate during the second half of the year after a nearly two-year decrease in food prices.

“After a long period of time, final prices of food for households have reached the border of growth,” said Andrej Arady, analyst with VÚB, adding that with respect to the world-wide situation, they expect that the growth will be limited and it will be far from the robust growth Slovakia experienced two years ago.

Final prices of foods for households, that make up as much as one sixth of the consumer basket in Slovakia, depend also on prices of primary agricultural production, while these thanks to excellent harvests over the last few years have reached six-year lows globally. In Slovakia, food prices mimic the global development.

“Total prices of primary agricultural production in Slovakia will be under the influence of two opposite factors,” said Arady. “Another global drop in prices of agricultural commodities driven by a repeatedly sound harvest in the world will put prices under pressure also in Slovakia. On the other hand, there are local factors like drought that harmed the yield of other agricultural plants than cereals.”

Thus the question is which of these factors will prevail. Adary expects that in all probability the drop of prices of primary agricultural production will gradually grind to a halt in Slovakia and prices would stagnate.

VÚB estimates based on so-far completed harvests that yield of cereals would be sound again this year but yields of other commodities, like corn, sunflower seeds, potatoes and oilseeds, will be significantly lower.