SLOVAK members of the European Parliament receive a monthly contribution of €21,379 for their assistants, but they refuse to say how they divide the sum among them, the Sme daily reported. 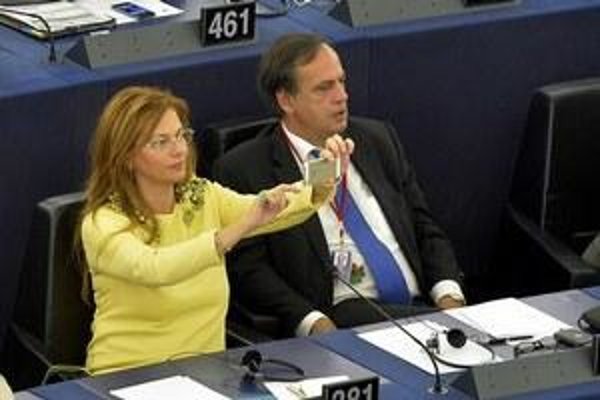 The most assistants work for Richard Sulík, chair of the Freedom and Solidarity (SaS) party. Two of them work directly in Brussels, while another nine are in Slovakia. Second comes Smer MEP Vladimír Maňka, who has two aides in Brussels and six in Slovakia. Smer MEP Monika Flašíkoví-Beňová has only two assistants.

The ones responsible for sending the money to the assistants are employees of the EP.

“No part of this sum is paid directly to the MEP,” Jaroslav Novák from the EP information office in Slovakia told Sme.

Compared to the assistants in the national parliament, there is no information about the salaries of specific assistants on the official EP website. This means that only the politicians know how they distribute the sum among their aides, the daily wrote.

Among the assistants are also some notorious names. Flašíkoví-Beňová, for example, employs ex-wife of Defence Minister Martin Glváč, Iveta. She claims that the reason why she chose her is that they know each other for some 20 years. She also said that she distributes the contribution almost equally. Glváčová gets slightly more since she is working with her longer, as reported by Sme.

MEP for the Slovak Democratic and Christian Union (SDKÚ) Eduard Kukan says that he chooses his new assistants in personal interviews. They are responsible for various things, concerning professional, administrative, technical, and logistics operations. He said he redistributes the money based on the work they are doing, but failed to say how much it is.

Maňka explained to Sme that he chooses his assistants based on their professional qualities. He selects two students who come to Brussels. The contribution covers their expenses on travelling, accommodation, and food. He claims he has not used the whole contribution yet, with the remaining money staying in the budget, as reported by Sme.

Also Sulík claims that the professional qualities are the main factor impacting his choice of aides. He, however, did not say how much his assistants get, explaining that they receive the sum based on the difficulty of their work.

Except for the contribution for assistants, MEPs also receive €4,320 a month for operation of their offices. They can use it to pay for renting office space and expenses on phone conversations or purchasing computers. There is no specific control regarding how MEPs use this money, Sme wrote.

Aside from the offices in Brussels and Strasbourg, which are provided directly by the EP, MEPs have offices also in Slovakia. Sulík has three, in Bratislava, Banská Bystrica and Košice. He claims he pays for them from his own money.