Harabin’s panel to be dissolved

FORMER Supreme Court president Štefan Harabin will lose his panel and commencing September, will become a member of a new one which will be led by one of his biggest critics. 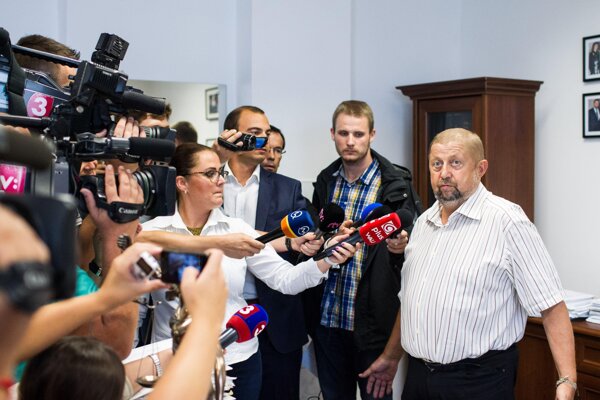 Additionally, he will also lose his place in the appellate panel.

The changes were proposed by the head of the current Supreme Court, Daniela Švecová, after the panel issued several controversial verdicts releasing convicted criminals, the Denník N daily reported. 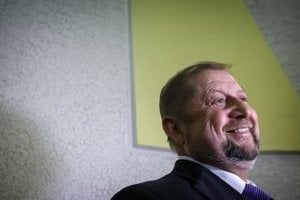 The proposal was discussed by the court’s council on August 18, and reportedly supported by the majority of its members who attended the session.

The Supreme Court does not want to publish the proposal just yet, explaining it will do so only after Švecová signs it. Denník N however reported that Harabin may become the fourth member of a panel where judges Juraj Kliment, Milan Karabín, and Peter Szabo sit. Kliment is also some of Harabin’s critics.

Another two members of Harabin’s panel may be placed in other panels. Viliam Dohňanský may sit in a panel led by Štefan Michalik, while Gabriela Šimonová may go to Martin Piovartsy's panel. The proposed changes are, according to Švecová, comprehensive and respond to the current situation. Harabin however considers them a punishment for the dubious verdicts, the Sme daily wrote.

He also stated after the court council's meeting that the proposal is illegal. Švecová allegedly did not discuss the proposal with all of the judges in the penal college affected by the proposal, particularly Šimonová who is currently on vacation, Denník N wrote.

Harabin claimed he will do anything to defend himself, but failed to provide additional details.

Kliment also disagreed with the proposal, saying nobody had talked about it, either with him, or with Karabín.

“Harabin may be placed in the panel whose chair and second chair are judges against whom Harabin submitted disciplinary proceedings,” Kliment said in his statement, as quoted by Denník N . “ In first instance it was stopped after five years and in the second the judge was cleared.”

Such composition of the panel may result in several conflicts, he added. He also considers the collaboration with Harabin as repeated punishment for judges who disagreed with the practices when Harabin led the Supreme Court, and asked why he was not placed in a panel with the judges who cooperated with him.

Harabin on the other hand claimed that Švecová follows the instructions of politicians, which she has denied, as reported by Denník N.